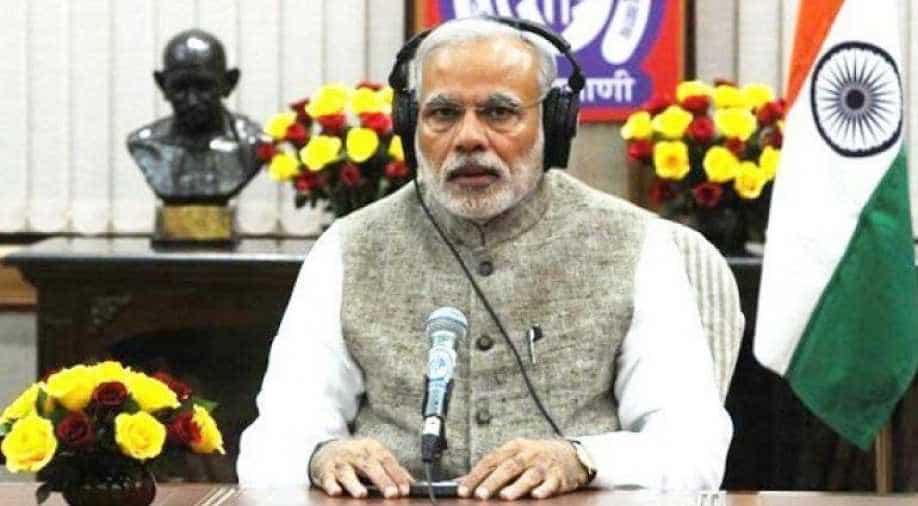 Karnataka will go to the poll on Saturday with results to be declared on May, 15th.

In his final Karnataka poll pitch, PM Modi speaking live on the Namo app said the BJP is committed towards the welfare of SC/STs and OBCs, adding that his party is working towards making Ambedkar's vision a reality.

"India is the second largest skill producer," PM Modi told voters in Karnataka through the Namo app on the last day of campaigning in Karnataka. "There are 99 cities in India set to become smart cities," he added.

BJP has the highest number of MPs belonging to SC & ST communities. More and more people of these communities are connecting with BJP: PM Narendra Modi to SC/ST/OBC and Slum Morcha Karyakartas of Karnataka BJP pic.twitter.com/n4IBfnh2vl

The state will go to the poll on Saturday with results to be declared on May, 15th.

"People from SC/ST are joining the BJP in huge numbers," he said, adding,"BJP has the maximum number of SC/STs and OBCs."

"We have made strict provisions in the SC/ST Act," he told voters in Karnataka. The BJP is committed towards the welfare of SC/STs, he said.

Taking a dig at the Congress, the PM asked what has the Congress done for Ambedkar? The prime minister said his party is fostering Ambedkar's vision.

"The BJP is working for the upliftment of the Dalits," he said. "Tribal people are supporting our development plans," he informed voters in Karnataka.

On the growing push of technology, the prime minister informed voters that the country is the 2nd largest mobile phone holders and also the second highest steel producers in the world.

NDA government has made 2.25 crores toilets in the country, he said as part of the Swach Bharat campaign.

BJP's motto is to achieve equality for all, PM Modi said.