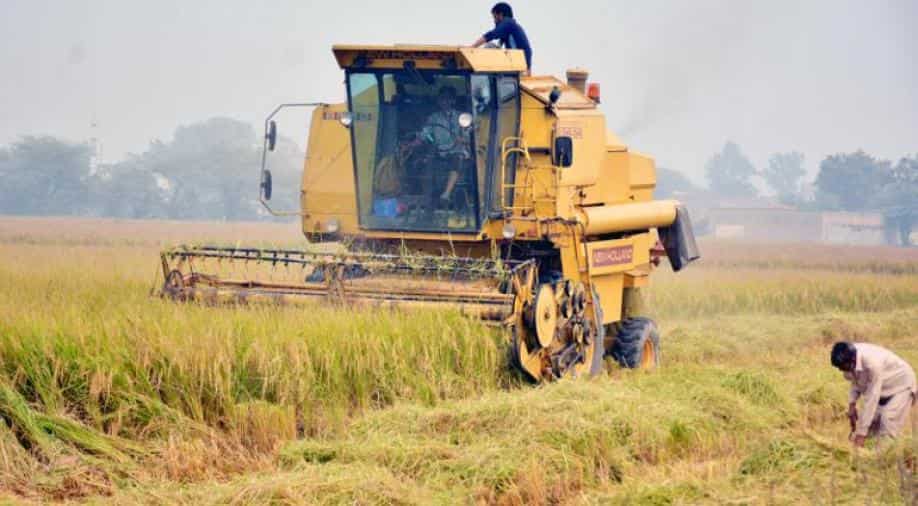 The government however has said Aadhaar will be compulsory for the farmers to avail of the second instalment of Rs 2,000. The government has promised a total payment of Rs 6,000 a year to farmers who own up to 5 acres.

The centre has made Aadhaar number of small and marginal farmers optional for availing the first instalment of Rs 2,000 under the recently launched Rs 75,000 crore PM-Kisan scheme, according to official document.

However to get the subsequent instalments, it has been made compulsory for farmers to show Aadhaar number for verifying their identity.

The central government's fully funded scheme, Pradhan Mantri Kisan Samman Nidhi (PM-Kisan), will be implemented from this year and the first instalment will be transferred by March.

"For transfer of first installment of benefit for the period December 2018-March 2019, Aadhaar number shall be collected wherever available..," the Union Agriculture Ministry said in a letter to the state governments.

If Aadhaar number is not there, then other alternate documents namely driving licence, voters' ID card, NREGA job card, or any other identification issued by central/state governments or their authorities will have to provided for availing the first instalment, it said.

"However for transfer of subsequent instalments, Aadhaar number shall have to be compulsorily captured," the Ministry said directing the state governments to ensure that there is no duplication of the eligible farmers.

The state governments have been asked to prepare a database of beneficiary of small and marginal landholder farmer families in the villages capturing details such as name, gender, whether belonging to SC/ST, Aadhaar, bank account number and mobile number of beneficiaries.

For the purpose of the calculation of the benefit, the Centre has defined a small and marginal landholder family as the one comprising of husband, wife and minor children up to 18 years of age, who collectively own cultivable land up to two hectare as per the land records of the concerned states.

To identify the land ownership, the Centre said it will use the existing land-ownership system prevailing in the states and union territories.

The cut-off date for determination of ownership of land as per the land records under the scheme will be February 1, 2019 and changes thereafter in land records will not be considered for eligibility of the benefit to the new land holder for next five years.

However, the scheme benefit will be allowed on transfer of ownership of cultivable land on account of succession, the letter added.

If a landholder farmer family (LFF) has land parcels spread across different villages/revenue records, then land will be pooled for determining the benefit.

Since the land ownership rights are community-based in north eastern states, an alternate implementation mechanism will be developed and approved by a committee.

The state governments have been asked to notify district level grievances redressal committees for redressing all grievances related to implementation of the scheme.

That apart, a project monitoring unit at the central level will be set up, while the states will designate a nodal department for implementation of the scheme.