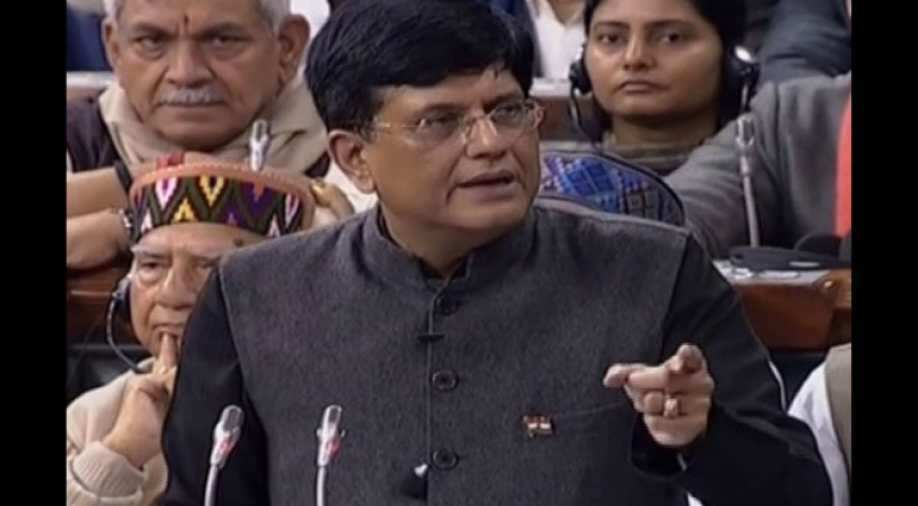 The NDA government poured extra money into the support for farmers, delivering on Friday its last Budget ahead of the Lok Sabha elections 2019.

Here is how experts reacted to the Budget:

"The fiscal deficit flat at 3.4 per cent of GDP, which is a sharp deviation from fiscal consolidation roadmap, is a disappointment. The consequent numbers of both net and gross market borrowings seem higher than the market expectation."

"Fiscal slippage on the back of more spending to support the consumer class will probably delay the rate cut by the monetary policy committee and these concerns will weigh on the bond markets."

"The fillip to the consumer/farm demand is expected to provide the much-needed support to the fading private consumption demand.

"Populism remained the focus ahead of elections. The budget provided a consumption boost to farmers and middle-class households. However, it will further delay the much-needed investment cycle recovery."

"The fiscal deficit targets for FY19 as well as FY20 are far better than market expectations, though there is a slight slippage... It is likely to bring a lot of relief to the market, which was excessively worried about the massive fiscal slippage."

"Having said that, what we would like to see are its revenue projections and it is possible that the projections might be ambitious at this particular juncture. Maybe once we get the numbers going forward there can be some worries again around the fiscal deficit, whether it can be adhered to or not."

"The Budget was focused on farmers and the middle class that should help consumption and probably support the domestic growth."

"Pretty much in line with what was expected. The one thing that has surprised is the extent of election-related sweeteners that have been rolled out."

"So, we thought there would be less space to announce big giveaways, but the government has actually managed to pull it off, at least on paper."

"I think ultimately, their spending plans look very unfeasible to me, so I wouldn't be surprised to see spending get cut later in the year."

"It looks pretty difficult to achieve but it seems to be based on quite ambitious revenue projections."

"The biggest stops that we have seen are the giveaways for farmers especially."

"The Budget is clearly farm-focused, with elections on the mind. Farmers, age-old, unorganised sector, MSME and middle class - they're all finding favour, with the agricultural sector getting the biggest support."

"The 750 billion rupees in the Centre's Budget for the farmers' scheme is a huge number, so we need to watch out for where the funding is coming from. If the scheme is implemented well, you can expect consumption to be supported next year."

"The catch here is, even if the BJP does not come back to power in May, the new government will also implement this scheme because no government will want to look anti-poor or anti-farmer. The government will have to find fresh resources to the tune of 750 billion rupees."

"Although the equity markets will be happy because of the consumption boost, the bond market may not be, as we need to see the intricacies of how much is getting funded through what route and what deficit numbers."

"If the government has provided enough consumption boost, then RBI would want to take a cautious stance and would not undertake a rate cut."

"It's more of performance reporting and aspirations than any big-ticket changes. This was expected as it is an interim Budget valid for a few months. It needs to be stated in an unambiguous fashion that the credit for inflation control and AQR primarily goes to the RBI."

"This is on expected lines. There is a slight slip in the fiscal deficit."

"The new income support scheme is tepid, in terms of the actual numbers. It should not lead to a blowout in the fiscal deficit if it indeed is part of the Budget when it is finally announced in full form."

"The only issue here is that there is no substitution away from indirect benefits in the form of subsidies to a direct transfer. This is on top of some benefits they are receiving."

"If this is the model going forward, let's see what fiscal implications it might have." "This is a top-up on an existing regime and that is something that worries me, but not at this stage."

(Disclaimer: The opinions expressed above are the personal views of the experts and do not reflect the views of ZMCL)