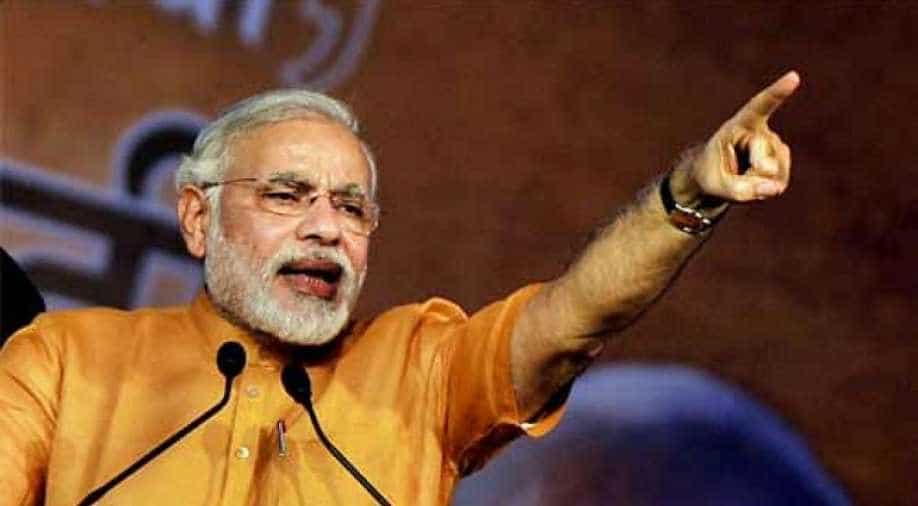 Prime Minister Narendra Modi on Sunday took a swipe at the Congress for the underdevelopment of the union territory Puducherry.

While addressing a public rally in the Union Territory, PM Modi said Puducherry has poor infrastructure and transport system and is a victim of Congress culture.

"Puducherry has all resources and will-power but why is its development not up to the mark?" he asked.

Accusing the Congress of doing injustice to the people of the state, the PM asked, "Why is it not number one? Are women and youth getting opportunities to move ahead? Are the industries prospering here?"

"We need to ask ourselves what did we lack in our political culture, our system that we are still lagging behind several nations," he said.

This one family has governed the nation for almost 48 years directly & indirectly. Our govt is going to complete 48 months in this May. You will have to think what did you gain or lose during those 48 years of one family as compared to 48 months of our govt: PM Modi pic.twitter.com/CBeFhjN9QB

PM Modi also took a jibe at the Gandhi family for having governed the nation directly or indirectly.

During his address, PM Modi attacked Chief Minister V Narayanasamy and said the Congress would exhibit him as a specimen after June.

I want to congratulate CM of Puducherry because Congress is going to exhibit him as a specimen after June: PM Modi in #Puducherry pic.twitter.com/HJzjEFhg6l

Velu Narayanasamy is a senior Congress leader who has been serving as the Chief Minister of the south Indian Union Territory of Puducherry since June 2016.