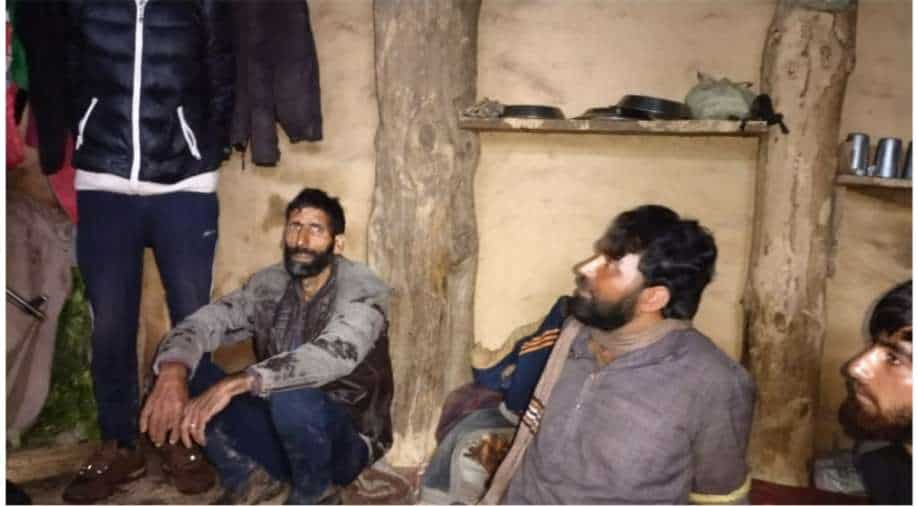 Jammu and Kashmir Police arrested two terrorists of Lashkar-e-Taiba identified as Talib Hussain of Rajouri and Faisal Ahmed Dar of Pulwama. The arrest was made in Reasi area of Jammu region

Pakistan is hatching a new terror Policy in Indian Union Territory of Jammu and Kashmir. Sources in Security forces believe that terrorists are joining mainstream political parties to gain access into their offices and hatch a plot to kill the political leaders of these parties.

Jammu and Kashmir Police arrested two terrorists of Lashkar-e-Taiba identified as Talib Hussain of Rajouri and Faisal Ahmed Dar of Pulwama. The arrest was made in Reasi area of Jammu region. According to BJP Spokesperson, Talib Hussain was an active member of Bharatiya Janata Party (BJP) and was also in-charge of minority morcha social media in Jammu. The BJP says open online membership is the reason as there is no background check done on these people. BJP also says that Pakistan has a new Modus Operandi to put these terrorists in political party offices.

"With the arrest of Talib Hussain, a new issue has come up, the terror organisations across the border in Pakistan are hatching a new conspiracy. By entering the BJP, gaining access and doing recce is to make a plot to kill the top leadership. The Police have busted the module which has come from across the border by those who want to spread terror. Anyone can become a member of the BJP online. I'd say this is a drawback since there is no system to check the criminal record or antecedents of the people who are taking membership online," said R S Pathania, spokesperson, BJP.

Jammu and Kashmir Police said that these two terrorists were caught by villagers of Tukson Dhok while they were taking shelter in the area. Police also recovered two AK-rifles, 7 Grenades, a pistol, and a huge quantity of ammunition from their possession. Jammu and Kashmir Police had declared Talib an absconder and reward was announced for him ten days ago after a terror module was busted in the same region. Police says that Talib Hussain was in constant touch with LeT terrorist Qasim based in Pakistan and was involved in at least 3 cases of IED blast in Rajouri District besides in civilian killings and grenade blasts.

"From the last few days, we were searching for Talib Hussain in the Rajouri area of Jammu Region. We had recovered 5 IEDs from the residence of Talib Hussain. We were constantly looking for Talib Hussain and our search was going on in the area. Areas in Rajouri and Raesi were searched. During the search operation, he reached the higher reaches in the area where they were trying to take shelter. We had declared a reward on Talib Hussain. People saw them moving in the area, which looked suspicious as they were carrying arms and bags along. People showed courage and caught them despite these terrorists having arms and ammunition and could have done anything to them," said Mukesh Singh, ADGP Jammu.

However, the political parties across India are pointing fingers at BJP, as this is the second incident in recent time where someone Like Talib Hussain, an active LeT terrorist connected with handlers across the border was also having close connection with BJP.

While congress has taken strong exception to the presence of dreaded terrorists in the ranks of the BJP and asked the ruling party to explain it to the nation how the dreaded terrorists have been enjoying its patronage by getting important assignments in the party. The People's Democratic Party (PDP) chief Mehbooba Mufti has also commented and said that all criminal elements in the society are associated with the BJP.

"One of the murderers of Udaipur case whose name is Riyaz was associated with BJP. His pictures are all over with leaders from BJP. The same way, Talib Hussain has been arrested, he is a LeT militant and was in charge of BJP's IT Cell. It seems all the criminal elements in the society are associated with the BJP. They get these people to do work which leads to communal tensions. The killing in Udaipur, which was so inhuman, the killer is a worker of BJP. The cow vigilantes who killed the Muslims were garlanded by BJP," said Mehbooba Mufti, Former Chief Minister of Jammu and Kashmir.

The security forces have started the investigation in the case and are looking at possibilities of other people in the mainstream political parties.