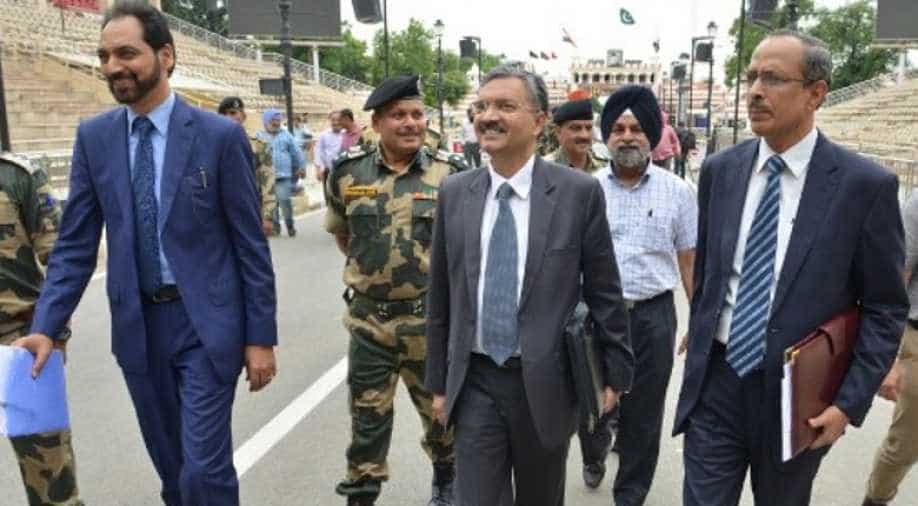 Though it is unlikely India will agree to the fee, Pakistan could earn upto Rs 15,700,00 per day if the demand is implemented.

India and Pakistan talks on Kartarpur corridor on Wednesday ended in a deadlock as Islamabad proposed $20(Rs 1,400) as the price to use the corridor and also showed inflexibility on the presence of Indian diplomats to facilitate the visit of Indian pilgrims.

While Pakistan insisted on charging a "service fee" of $20 for allowing pilgrims to visit Kartarpur Gurdwara, the Indian officials refused. A source said that charging a fee was not in the spirit of "smooth and easy access through the corridor."

The Pakistani side told Indian officials during the Kartarpur corridor talks that "there is no free pilgrimage to Vatican or Mekkah", adding, "Saudi Arabia charges double the amount for a second visit".

Though it is unlikely India will agree to the fee, Pakistan could earn upto Rs 15,700,00 per day if the demand is implemented.

Among other issues was the presence of Indian protocol and consular officers. New Delhi requested Islamabad to allow Indian protocol officers to accompany pilgrims in every visit, however, Pakistan wasn't keen on it.

Pakistan showed unwillingness to allow the presence of Indian consular or protocol officials at the Gurdwara premises as part of New Delhi's consular responsibility. India asked Pakistan to reconsider its position.

The Pakistani side told Indian officials that, "when there is no visa process involved, what is the point of having a consular then?"

SCL Das, joint secretary, internal security in the ministry of home affairs who headed the Indian delegation at the talks said: "We were hopeful that this would be the last and final meeting. We are disappointed over two points. This is a people's project, no fee should be charged and they should be flexible on that."

Both sides have already agreed that 5,000 pilgrims can visit Gurdwara Kartarpur Sahib using the corridor every day and additional pilgrims, over and above the figure of 5,000, can visit on special occasions.

"There is an agreement on visa-free travel of Indian pilgrims, without any restrictions based on their faith. Persons of Indian origin holding OCI card too can visit the Holy Gurdwara Kartarpur Sahib using this corridor", SCL Das said.

The corridor will be open 365 days and pilgrims have a choice to visit as individuals or in groups, and on foot. Both sides also agreed on  emergency evacuation procedures, especially medical emergencies and for this, a direct line of communication between border the security force and Pakistan Rangers will be established. Pakistan will also make sufficient provision for preparation and distribution of ‘Langar’ and ‘Prasad’ for the pilgrims.

Work is on full swing on both Pakistani and Indian side of the  Kartarpur corridor with officials monitoring daily progress. India has been building a bus passenger terminal and a four-lane highway up to the International Boundary.

It is expected to be opened by November 2019, 550th birth anniversary of  Guru Nanak. Kartarpur is located in Pakistan's Narowal district across the Ravi river, about four km from Dera Baba Nanak.