Owner dies after bird attached with knife hits him during cockfight 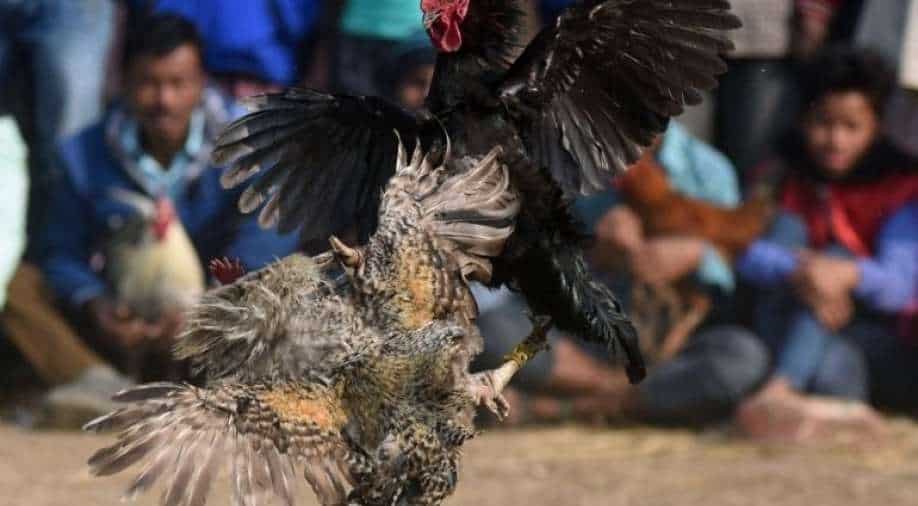 A file image of a cockfight Photograph:( AFP )

A man died after a chicken tied with a knife engaged in an illegal cockfight accidentally cut into his groin in the southern Indian state of Telangana.

The knife was attached to the rooster's leg for the cockfight and as it tried to escape, the man's groin was accidentally hit, police said on Saturday.

The victim, who was also the owner of the rooster, died due to loss of blood before he could reach a hospital in the Karimnagar district earlier this week, local police officer B. Jeevan told news agency
AFP.

The cop also said that the owner was among the 16 people who organised the cockfight in the village of Lothunur.

"We are searching for the other 15 people involved in organising the illegal fight," the police officer said.

The rooster was briefly held at a local police station before being sent to a poultry farm.

The other people involved could face charges of manslaughter, illegal betting, and organising the cockfight.

Such fights are banned but are common in rural parts of the country in states like Telangana, Andhra Pradesh, Karnataka and Odisha.

Knives or blades up to three-inch are fitted into a bird's legs for the bight as people bet for the match.

Thousands of roosters die in these battles, still, large gatherings participate to witness the event.