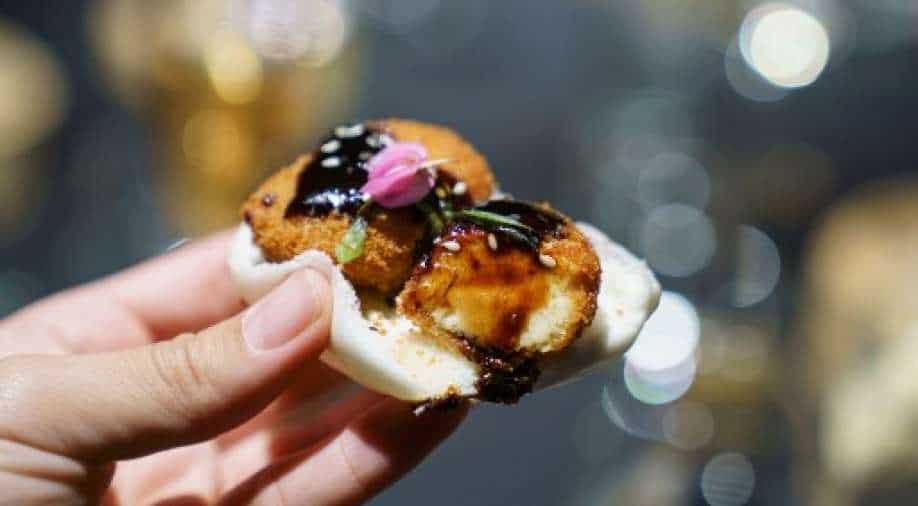 The tender piece of chicken nugget is actually not chicken. No animal was slaughtered for it. The piece of meat was actually grown in a lab.

A new type of meat has gone on sale in Singapore which looks and apparently tastes like the real stuff but there is no slaughtering involved instead the meat was grown in a lab.

It's the age-old rule of nature, if a person eats chicken, the chicken dies but it could possibly be changing.

The tender piece of chicken nugget is actually not chicken. No animal was slaughtered for it. The piece of meat was actually grown in a lab.

"We take a sample from a living chicken. Its current cell line has been taken from a chicken named Ian who lives in California, he's still living to this day. We didn't have to kill any animals to produce this chicken. So we took just a very simple sample from one of his feathers," Zachary Tyndall, Eat Just chef and product developer, said.

Earlier this month, Singapore approved lab-grown meat. The first country in the world to do so and today it was the big debut. The setting was "1880" a restaurant in Singapore's Robertson Quay.

The first diners were a group of kids all of them were young climate warriors.

The lab-grown chicken looks like the real stuff. The owner of "1880" says you won't be able to tell the difference as far as taste is concerned.

"With this product my expectation was actually 50 per cent, and when I tasted it on Saturday it by far exceeded my expectation. I would wager that in a blind taste testing. I wouldn't know the difference," Marc Nicholson, founder, 1880 restaurant, said.

Lab-grown meat was pioneered by Eat-Just - a start-up based in the United States. The idea was to make meat consumption more sustainable and to finally rid yourself of that guilty conscience.

However, it's a lot more expensive as one chicken nugget sells for $50 which is far from affordable. The other issue is time: growing large chunks of meat cell by cell is a tedious process.

Also, they compete with broilers that reach market size in a month-and-a-half. Finally, there is the issue of safety. Singapore is the only country where lab-grown meat is sold.

A shift from natural meat to lab-grown meat would be seismic as millions of consumers would have to be convinced and thousands of poultry farmers will need new jobs. It is not going to happen overnight but there is no denying that it's desirable.

Lab-grown meat offers sustainability and variety, you could choose which part of the animal to grow and what kind of texture to mimic. A plate of bespoke meat could become a reality but it is still years away from that level of perfection.