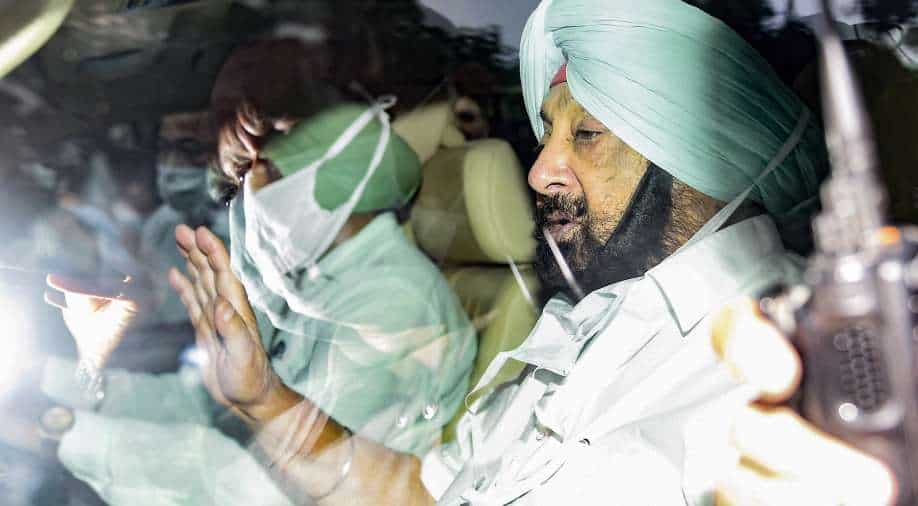 Singh, who stepped down as chief minister earlier this month, had reached Delhi, saying that he was on a personal visit

Amarinder Singh, who recently resigned from the post of India's Punjab state chief minister, met the country’s home minister Amit Shah at his residence in the national capital Delhi on Wednesday, triggering speculations of him ditching the Congress party and joining the rival Bharatiya Janata Party (BJP).

According to reports, Singh visited Shah to discuss the prevailing security scenario in the border state of Punjab and the ongoing farmers’ agitation. This is the first meeting between the two leaders after Amarinder resigned from the chief minister's post.

Amarinder had reached Delhi on Tuesday, saying that he was on a personal visit.

“I am here to vacate Kapurthala House (the official residence of Punjab Chief Minister in Delhi). I am not going to meet any politician here,” he told reporters.

His media advisor Raveen Thukral had said that “too much being read into Captain Amarinder’s visit to Delhi”.

Earlier this month, Amarinder stepped down from as the Punjab Chief Minister a year ahead of elections, after a long and bitter feud with detractors, including cricketer-turned-politician Navjot Singh Sidhu, who was elevated by the Gandhis to the post of the party chief.

While stepping down as chief minister, Amarinder had slammed the party leadership saying he had been let down.

The former chief minister further said he felt “humiliated”, adding that he had been summoned thrice by the central leadership in the past two months.

However, it was Amarinder who had the last laugh after Sidhu resigned as the Congress’ Punjab unit president.

“I told you so...he is not a stable man and not fit for the border state of Punjab,” Amarinder had said in a tweet.