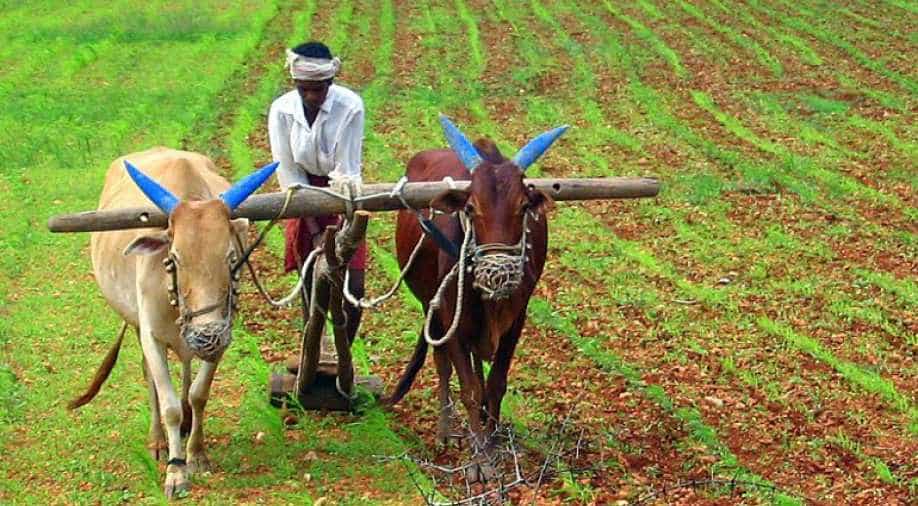 This year's budget was not like any other. The government had to announce something effective to boost a terribly upset agricultural sector. Considering the setbacks BJP suffered in the state of Gujarat and with an election coming up in 2019, it was politically imperative for Narendra Modi's government to come up with a developmental vision for the agricultural sector.

Commenting on his plans for India's farmers, the Finance Minister said that his government is bringing about a 'paradigm shift' in the agricultural and rural sector. Unlike the production-centric approach of the past, India is now going to concentrate on a producer-centric approach. The crux of this paradigm shift will be to double the income of the farmers by 2022.

The current government is committed to seeing agriculture as an "enterprise" and not simply a livelihood. This means that farmers are now seen as an entrepreneur and not someone who just works to fill his belly or that of the nation. What he does is not philanthropy but business. Thus, he needs to make a profit.

Unlike the initial decades of India's independence, the agriculturalists can't be made the sacrificial lamb in the altar of nation's development needs.

However, while the government spoke in terms of bringing about a paradigm shift in the rural sector, it committed nothing to improve the land ownership scenario of the country. Without any structural reforms, the marginal farmers continue to be marginal, owning a small parcel of land. But the government has promised to bring down the cost of farming while raising the non-farm employment for farmers.

This two-pronged approach is what they believe will make agriculture profitable in India.

What Jaitley refers to as a "historical decision" is the government's plan to provide minimum support price to Kharif crops. This will ensure that farmers get back 150% of the production cost of growing their crops. This is in a way help to balance the somewhat contradictory requirement of the nation: to keep food prices low while giving the farmers a profitable return.

For a very long time in India, in a rush to boost production of basic industries, such as iron and steel and to appease the Indian middle-class, we have kept the food prices low. This long trend has delivered an indelible blow to Indian agriculture notwithstanding the price support introduced during the Green Revolution of the late 1960s.

Surprisingly, the Finance Minister did not mention any plans to improve the nutritional standard of crops growing in India either with the help of biotechnology or not. He was more keen on developing an institutional mechanism which would help farmers to deal with perishable produce, particularly, onion, potato and tomato. The Government of India will invest 500 crores towards this scheme which is being called Operation Green, a reminiscence of the Green Revolution of the past.

What is interesting in this Union Budget is that the government, rather than concentrating on "poor man's crops", such as raagi, bajra and other hardy cereals that are grown in the rainfed regions of India, is keener on developing a cluster-based model around the cultivation of horticultural crops. The government is going to spend 200 crores on medicinal and aromatic plants. Considering, all these types of plants are sensitive to their water requirements, which need to planned and regularised, there has been little said in the budget speech about expanding the scope of irrigation beyond installing pumps to make groundwater accessible.

Organic farming has also received a boost with women self-help group being encouraged to practise such a form of farming. But it is yet to be seen to what extent organic farming becomes part of the mainstream agricultural practices of India.

With farmers suicide, low prices, inadequate infrastructure, heavy debt burden, the Indian farming sector is not doing well at all. While these measures will go only so far in addressing the problem, the deeper structural issues remain unresolved. Inadequate landownership, limited credit opportunities and on-farm employment, sketchy ideas of sustainable farming are some of the key issues which will require sincere resolve on the part of the government to find a resolution.

Without a clearcut policy stemming from the Budget, the chances are the chasm between rural and urban India will continue to grow, putting the current government in deep political crisis.