Opinion: Siddaramaiah has won the Twitter battle but can he defy exit polls? 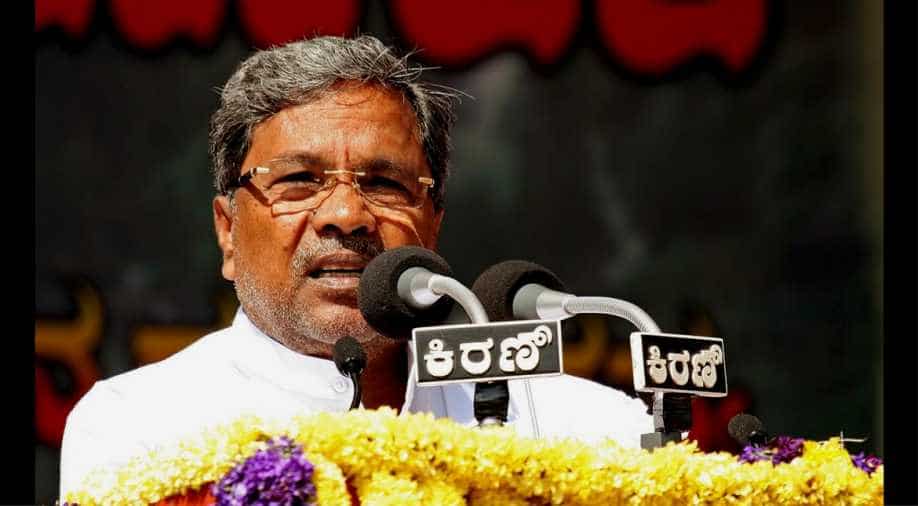 After battling months of dust, noise and the heat of the gruelling campaign in the run-up to the high-stakes Karnataka Assembly elections, Chief Minister Siddaramaiah can now chill. Maybe he can relish a cup of coffee sitting in the comfort of his home. Or go for a morning stroll, or even catch up on sleep.

In one of the bitterly fought elections in the recent times,  Karnataka elections saw political mud-slinging that we have seldom witnessed in the past.

Both BJP and Congress unleashed all the ammunition available at their disposal from their arsenal on the political battleground called Karnataka in one of the hard-fought, bitter elections in the recent past. Both the parties left no stone unturned in their quest to inflict maximum injury on their opponents in order to come to power in the southern state.

Exit opinion polls are entertainment for the next 2 days

The elections also saw both parties unleashing social media to portray the other as inept, unprincipled, and corrupt.

Prime Minister confuses loyalty (dogs are considered loyal to their masters) with patriotism because he doesn’t understand loyalty.

What lessons in loyalty can we learn from a man who couldn’t be loyal to his staunchest supporter & mentor Shri LK Advani?

However, the BJP may have had an edge over social media when it comes to electoral battle, but the Congress is not far behind. Realising the potential of the social media, though a tad late, Congress seems is out to exploit its potential to the hilt as we have seen it from the Karnataka and Gujarat Assembly elections.

In the run-up to the elections, both Congress chief minister Siddaramaiah and the BJP's chief ministerial face BS Yeddyurappa have frequently exchanged barbs on Twitter, with both putting up posts in Kannada as well to expand their reach on social media.

When Narendra Modi taunted the Congress with PPP remark (After May 15 (when poll results will be declared), Indian National Congress will be reduced to ‘PPP Congress' - P for Punjab, P for Puducherry, and P for Parivar (family)), Siddaramaiah's Twitter handle lost little time to return the compliment to Prime Minister Narendra Modi's attack on the Congress.

The Congress leader took to Twitter and called BJP a "prison, price rise and pakoda" party.

Sir, we have always championed the 3 Ps of democracy - 'Of the People, By the People, For the People'," Siddaramaiah said in a tweet shortly after Modi's attack.

The Chief Minister has 1.6 lakh followers on Twitter, nearly half of what his rival and former chief minister Mr Yeddyurappa has. However, Congress has not only upped its game, it has doubled it.

The 72.36 per cent turnout in Saturday’s elections is new record for the State, surpassing the 71.90 per cent polling 40 years ago in 1978. The 2013 Assembly polls recorded a turnout of 71.45. However, the high turn out has not resulted in a clear majority to any one party as per exit polls.

While one exit poll projected a clear majority to Congress, a couple of them said that the BJP will cross the half-way mark. However, most of the exit polls have projected a hung assembly.

Siddaramaiah,  who was a social media novice until mid-2016,  emerged as the Congress’ best answer to the BJP’s social media prowess. Whether it's witty one-liners or scathing attack, the Congress CM from Karnataka matched the BJP stride for stride but can he outmuscle and outmanoeuvre BJP in the electoral battleground to get a comfortable majority to form the government?

We will have the answer tomorrow.