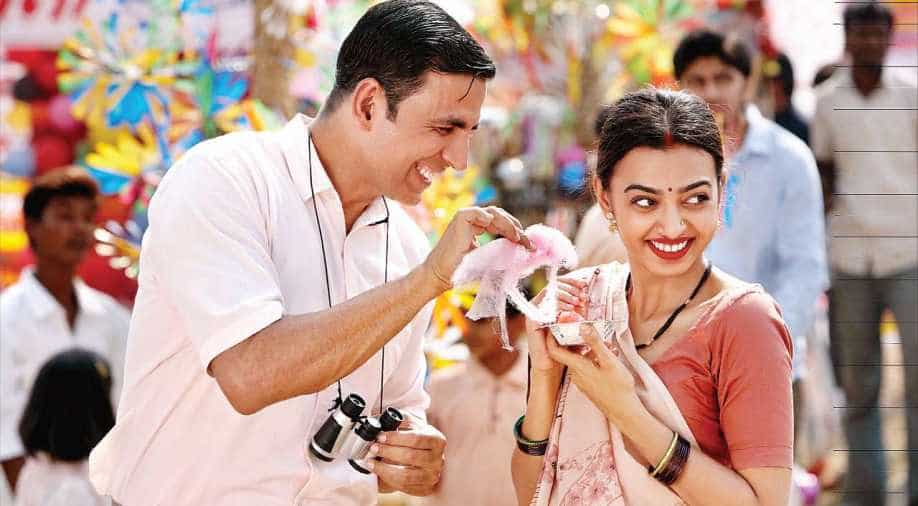 “We live in strange and troubled times, bro. Can you imagine – even a few years ago – titles, themes, subjects and contents focussing on material associated with sperm donation, toilet introduction to the hinterland, erectile dysfunction and now the latest sanitary pads usage? wassupp buddy?"

Why this leap in a platform forever dedicated to glamour-spiced, feel good, escapist entertainment? From where did this jump into such totally un-conventional, off-beat, un-glam & non-fragrance narratives, box-office-unfriendly-content come?

Have our star-struck audiences suddenly gone sanctimonious and issue-conscious, looking beyond jhatka stuff into meaningful story-telling that attempts to celebrate genuine causes and concerns that plague the howling mobs?

Provocative as his observation was, it got me thinking and my mind raced back a few years ago, when my young director friend Shoojit Sircar spelled out to me, the nightmare times he experienced when he was attempting to put together Vicky Donor. “Wherever I went amusement, bewilderment, shock & disgust greeted me! Was I really serious about the subject & content? A film not on blood but SPERM donation? More than a producer, I needed a shrink, many hinted!"

"VD actually got moving only when star John Abraham came on board as a producer. Once it released and was declared a sleeper hit by the trade and audiences loved it, struggling and aspiring directors confided to me that production houses while breezily dismissing their concepts, often told them - Boss, kuch Vicky Donor ka jaisa bana! Amazing!”

Toilet – hardly the sexiest title or content – surprisingly slapped its [eek!] critics to zoom past the magical Rs.100 crore mark. More recently, Shubh Mangal Savdhan, also fared decently despite its [ooooooh maa, nudge-wink-ahem] theme. While the leading man Ayushman called it a “Family Film”, unveiling a subject that is quite common but never openly discussed, heroine Bhoomi was more upfront and in-your-face.

Bhoomi's categorical response was, “Manliness – commonly & mistakenly believed – is NOT about getting it up but standing up tall and proud and fearless, to be a caring & sensitive husband/partner. To address her areas of joys and insecurities, needs and wants beyond physicalities in a manner that is meaningful. The USP of our film was the treatment, a Hrishida – Basu Chatterjee style, blending light-hearted & relatable humour with humanism, avoiding the temptation to be corny, vulgar and provide populist slapstick and trivialise a very delicate issue.”

Great. Point taken. However fearlessly making an issue-based film is one part of the story. The more important part, of course, is viewer acceptance, right? As the legendary Hollywood film-maker Billy Widder once, reportedly, stated.” Talent is great but audience is greater!”

The proven appreciation by mass audiences relating to all these films must say something about altering viewership taste too. The answer has to be a resounding YES. Fact is, message-driven films reflecting societal ills are not new to commercial Hindi cinema. Way back, across the fifties and sixties, giants like Raj Kapoor [Awara, Boot Polish, Jagte Raho] B.R. Choopra [Ek hi Rasta, Dhool Ka Phool, Sadhana, Naya Daur] Amiya Chakravorty [Daag, Seema, Patita] Bimal Roy [Do Bigha Zameen, Sujata] did unspool powerful narratives that were both critically and commercially viable as well as appreciated.

After their exit, however, this genre vanished for one simple reason. Popular cinema largely reflects the mood and flavour of the times. Once the first flush of nationalism, patriotism [post-partition] and the need to assert one's identity through serious and meaningful content was done, the need to entertain through feel-good fun and glamour and larger-than-life templates came into play. Also, the influence of Western music – Elvis Beatles, Rock n’ roll etc. – blitzed in, changing the profile and trajectory of movie content.

Shammi Kapoor’s YAHOO also played no mean part in introducing the Rom-com, a hugely popular and infectious category adored by the new-age audience of that time. The erstwhile issue-dominated films of yore, suddenly, found itself totally sidetracked. The few that did attempt to woo the distracted audiences – glamour-driven and star-struck – lacked the vision and the ability to engage that the Masters demonstrated with such confidence, sensitivity grace and class.

Today, despite the ridicule and contempt from some quarters, labelling the new film as exercises in sycophancy to appease the new ruling party bosses, the fact is, they have passed the litmus test: audience approval and appreciation. Viewers [of the ticket-paying variety] don’t give a damn about political colouring. They want 'paisa vasool' entertainment. If along the way, there is a message interestingly factored-in, not preachy, didactic or soporific, then that’s solid value-addition for sure. The bottom-line is simple.

God knows there are tons of critical issues crying for attention & action: dowry, adult literacy, women and child abuse, law and order, self-employment, disparity of the socio-economic kind between the Have & Have-nots. Who better than our smart and gifted Bollywood directors, blessed with a superb reading of the public pulse, to decode, sugar-coat these issues and offer them to the public in an enjoyable, easy-to-digest fashion that entertains while provoking them to ponder over issues showcased.

In the meantime, PadMan has started a larger conversation about the critical importance of menstrual hygiene. Akshay's star-power is attracting Bollywood heavyweights to endorse the cause and the film. Bravo to all associated with these issue-based efforts and a special big shabash to the audiences. Why? Because at the end of the day, its neither the director, trade or critics who decide the fate of the film; it’s the audiences, the hydra-headed, unpredictable monster that can send you to the heaven or hell. Remember the timeless, masala song , "Yeh Public hai, yeh sub jante hai Yeh public hai!"