Opinion: Nagaland's political instability is the biggest challenge to BJP, Congress and others 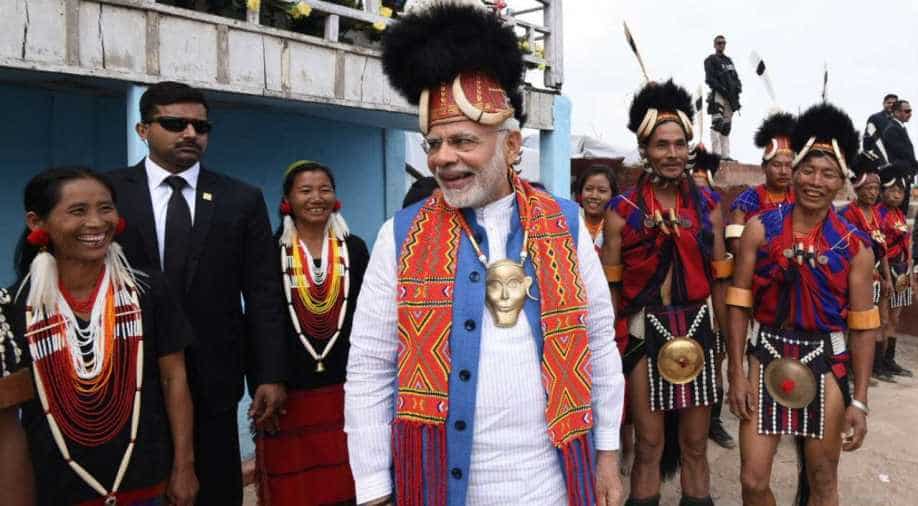 BJP has been aggressive in its campaigns, with the party’s top leaders, including PM Narendra Modi, campaigning in Nagaland. Photograph:( DNA )

This situation may appear to be even-handed for both the national parties, but it’s not so. The Congress is at a distinct disadvantage vis-à-vis the BJP because it is a loner in the State. The BJP has tied up with the formidable National Democratic Progressive Party (NDPP). Moreover, it’s open to doing business with the other major contender, the Naga People’s Front (NPF). It would be a miracle if either of the two regional outfits align with the Congress, even if for opportunistic reasons, after the results are out on March 3.

The reason why neither the NDPP nor the NPF sees the Congress either as a threat or a potential partner is simple. The Congress is contesting just 18 out of the 60 Assembly seats. Apparently, it ran out of both money and candidates.  This is indeed dismal for a party that has given three chief ministers to the State — and also given that Nagaland’s demographic profile (with nearly 90 per cent of the population being Christian) is considered just the right one for the party’s ‘secular’ image.

The BJP, on the other hand, is better placed, with its present alliance and with the prospect of a different tie-up if the occasion demands. At 20, it is also contesting a slightly higher number of seats than the Congress, with the NDPP having its nominees in the rest. And, although it is subordinate to the regional party, the BJP has been aggressive in its campaigns, with the party’s top leaders, including Prime Minister Narendra Modi, campaigning there. The contrast with its national rival is evident. The Congress has virtually thrown in the towel, with no national leader of substance bothering to canvas for the election.

The start of the Congress’s downfall can be traced to some five years ago. It had won eight seats in the 2013 Assembly election (having fought on 56 seats) and emerged as the main Opposition. This was bad enough numerically. But less than two years later, worse followed. All of these eight MLAs crossed over to the NPF. Various local factors can be attributed to this migration, but there was also a failure at the Congress’s central leadership level to effectively handle the dissatisfaction of its State representatives. It’s a failure similar to that we have seen repeatedly in other northeastern States, with Arunachal Pradesh and Assam being two prominent instances.

By contrast, the BJP has been gaining ground since around the same time. It had just one Legislator from the 11 seats it contested, but its tally shot up to four when three Nationalist Congress Party MLAs switched to its side. The party has also played smart. It realised the futility of making a dent on its own. The NPF was the obvious candidate to woo. The NPF had won 38 seats and secured 47 per cent of the total votes in the 2013 Assembly poll. Not only did the BJP align with the NPF, it very recently decided for tactical reasons, to ‘temporarily’ dump it in favour of the NDPP. The NPF, though, remains part of the NDA grouping at the Centre.

The flip side of the rise of the two regional parties is the political instability that has besieged Nagaland. This should be food for thought for the voters when they troop to the polling booths on February 27. The State has had four chief ministers — and thus as many regimes — since May 2014. The main reason for the fluidity has been the infidelity of the MLAs. The NDPP’s formation received a fillip when senior NPF leader and former Chief Minister Neiphu Rio joined its ranks. Since then, the NDPP, which began as a breakaway faction of the NPF, has emerged as a strong entity, with more arrivals from the original party, and Rio is the chief ministerial candidate in case the NDPP-BJP coalition wins.

But the NPF is not a spent force yet. Aware of the crisis it faces, the party has sought to stem the tide by giving tickets to just 10 of the 48 sitting Legislators. It has also made light of the desertions, saying that those who left had become liabilities for the party.

Besides political instability, the other issue which has troubled voters of the state for years is the failure of governments, both in the State and at the Centre, to end the civil strife. They are curious and even anxious to know more about the framework agreement which the Centre has finalised after talks with the insurgent Naga group, National Socialist Council of Nagaland (Issac-Muivah). The framework agreement had been inked by the two parties some two years ago, but its details are still under wraps. The Prime Minister said at a rally in the State that the political solution in the pipeline would be “honourable and well-deserving for the people of Nagaland”. A few local parties had threatened to boycott the February 27 election in protest against the Centre’s failure to make the details public, but that call fizzled out. However, the Centre and the incoming State regime will not be able to avoid the contentious issue for long.

Nagaland’s all-round development and inclusive growth will depend on both political stability and a broadly acceptable Naga accord. Minus one of these, the potential for socio-economic disruptions will always linger. The BJP-led regime at the Centre will have nobody to blame but itself in case the failure happens even after Kohima gets a government that is aligned with it.