Opinion: Like it or not, BJP has captured North East 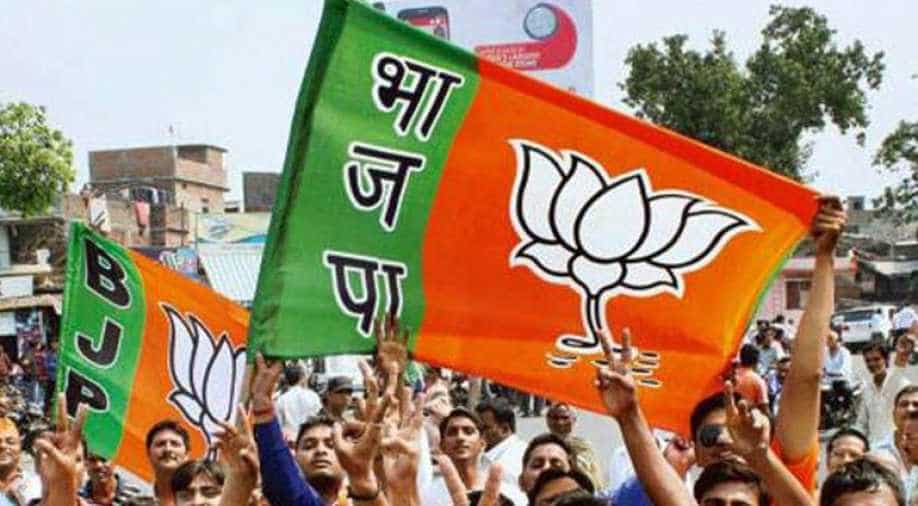 Whether one likes it or not, BJP has changed the political landscape of North East for good. Today it stands as a formidable force in NE despite initial handicap of ideology and weight of aggressive nationalism practiced in mainland by its brethren.

Despite limitations, BJP either captured power or increased its number and vote share in all the states which went for polls. The best example is that of Nagaland where BJP increased its vote share from 1.75 percent to 14.5 percent whereas Congress vote share which stood at 24.89 percent votes in 2013 dropped to 2.1 percent. Question did this happen? The answer is that the strategy of concentrating in Meghalaya did not work. The message even before the elections was out that Congress has conceded defeat in other two states.

Congress contested 18 seats in Nagaland and could not win a single seat. Same is the case with Tripura where its vote share fell from 36.53 percent to 1.8 percent. Even in Meghalaya where Congress President Rahul Gandhi campaigned extensively, the vote share slipped from 34.78 percent to 29 percent. In all the three states BJP did exceptionally well. In Meghalaya, it did not taste electoral success but it’s very numerical presence has added another layer to the fractured house of Meghalaya.

Barring, Meghalaya, Congress also did not run an effective campaign. In both these states Congress was not seen fighting the election. Despite large defection in Nagaland and large voter base in Tripura, the grand old party could not stich up a campaign. It was an admission of defeat before war.

Congress did not even have candidates in all 60 segments in Nagaland. In Tripura, the message went that its the B team of Left hence, anti-Left vote went to BJP. Tripura has happened despite West Bengal experience. The lesson has not been learnt.

Congress was seen as B team of the Left in WB. The party showed neither ideological character nor endurance to constantly challenge the Left. It is for this reason, people of West Bengal chose Mamata Banerji as an alternative to the Congress Party in West Bengal.

Similarly, the talk in NE within Congress was not about forming government but to keep BJP at bay. It is a wrong narrative. It is like anti Congress-ism of 60s, 70s, and 80s. Many regional parties came together to form governments in Delhi but the country never gave any of them a national mandate. The mandate went to BJP as it offered a different vision of religion and state in 1990s and governance in 2014.

What is required from the Congress is a vision document as to what does it stand for today? Congress today also stands at a juncture when the right based approach has already been monetised. In post-industrial society, especially in the semi urban and urban areas, right has mutated to a choice. The choice either comes in form of a face or in form of a political narrative.

From 2014, Congress has been reacting to BJP’s narrative. It has not been able to set national agenda on which BJP has reacted for long. The election in NE may be about organization and money but electoral focus at expense of organization remains its biggest enemy.

It was not born to keep BJP out. It started with a different purpose and continued to adapt itself to the changing realities of India. The only way it can survive cogently as a national party is by building itself brick by brick. Today, it only remains a pan Indian party on paper. The short-term alliances with regional parties to prevent BJP from coming to power is leading to self -cannibalism.

Each time, Congress has had a truck with a regional party, its vote bank erodes. 2017 UP assembly result is the the best example of this erosion where Congress polled less votes than Apna Dal.

The more Congress indulges in such opportunism, harsher will be the future for its organization. Lastly, BJP is being elected by an independent electorate not outsiders.

Congress needs to come out with its Vision Document and mass contact programme. Piecemeal victories in Punjab or good fight like Gujarat will not be enough to be challenge BJP. For it, Congress will have to behave like an organizational alternative.