Opinion: Karnataka election result is a defeat for divisive politics 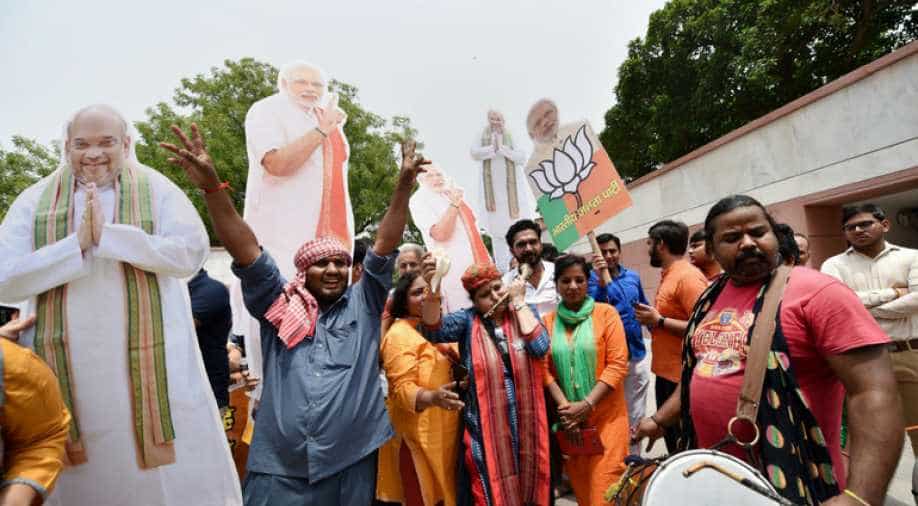 A few days ago, a clutch of senior Congress leader had petitioned the President of India against Prime Minister Narendra Modi for the use of "intimidating" language. Modi had said that his opponents should be willing to pay the price for taking him on. It appears the Congress had reasons to feel threatened.

It took him head-on in the course of campaigning of the Karnataka Assembly election and has now paid the price. The party has been toppled from power, and in a most decisive manner. Neither the entire might of the Congress nor the Rahul Gandhi-Siddaramaiah combines could save the party from the humiliating defeat the Bharatiya Janata Party has dealt it.

Mathematically speaking, exit polls had thrown up no clear winners and had suggested a hung House. Even if that had happened, it would have been a political defeat for the incumbent Congress regime and moral win for the BJP. But as it has turned out, both mathematically and politically, the BJP has registered a convincing triumph.

The blow for the Congress is especially painful because it had done everything it could by the book — and away from it — to retain control of the only other major State it ruled in the country apart from Punjab.

But most importantly, the Congress played the divisive card, fully assured that this, if everything else failed, would fetch results. It sought to wean away the Lingayat community — traditionally committed voters of the BJP — to its side by suddenly announcing for it a minority religious status. It played the Kannadiga identity card by announcing a separate flag for Karnataka and pushing for the Kannada language in public places such as Metro stations.

It surreptitiously took the assistance of fringe organisations such as the Popular Front of India (PFI). It vigorously supported the celebration of the birth anniversary of Tipu Sultan, again in a bid to attract minority votes. It spread the lie that the Modi Government had scrapped, or had plans to scrap, the law that provided protection to the Scheduled Castes and Scheduled Tribes.

All of these attempts not only failed but also backfired. The BJP's excellent showing in the Lingayat-dominated regions shows that the community, instead of being impressed, had been wary of the opportunistic manner in which it was being wooed by the Congress. Community members also took exception to the Congress move of dividing the community by planting the minority status seed.

On the other hand, the non-Lingayats joined hands against the Congress’s Lingayat outreach and voted for the BJP. In the end, the BJP benefitted from both Lingayat and non-Lingayat votes. This is most evident in the party’s good showing in the Vokkaliga belt where otherwise the Janata Dal (Secular) dominated.

On the other hand, the Congress's attempt to polarise people using the Muslim factor boomeranged. The more it became known that the party was hobnobbing with the likes of the PFI, the more the non-Muslim voters rallied behind the BJP. This is obvious from the BJP's performance across the State — from Mumbai-Karnataka to Hyderabad-Karnataka to coastal Karnataka to central Karnataka to Bengaluru — and even Old Mysuru where traditionally the BJP has not been strong.

This is a repeat of Uttar Pradesh, where the minority appeasement politics of the Samajwadi Party, the Bahujan Samaj Party and the Congress ended up consolidating Hindu votes in the BJP's favour and Gujarat, where the Congress's pro-Hardik Patel drive angered the non-Patels and drove them into the BJP's lap. And here too, a large section of the Patels and an overwhelming number of non-Patels backed the BJP.

There is one element in the result that should gladden the BJP, and it is that the party has done remarkably well in the rural regions — nearly two-thirds of the Assembly constituencies in the State are 'rural.' The party has been grappling with an anti-farmer image nationally — real or perceptional — but the voters of Karnataka clearly do not endorse this image. The task was made easier for the BJP by the Siddaramaiah Government's poor track record since Karnataka had registered among the highest farmer suicide incidents due to rural distress.

Some quick larger inferences need to be drawn from the Karnataka outcome.

The first is that Prime Minister Modi’s charisma remains intact — his carpet-bombing of the State in the last 10 days of campaigning contributed in a large measure to the BJP’s victory.

The second is that BJP president Amit Shah’s election management, down to the booth level, is unparalleled.

The third inference is that Congress president Rahul Gandhi is simply unable to evolve into a credible leader — one who can win elections, and one who is always the loser in a Rahul versus Modi narrative.

The fourth is that the Congress is now weaker than before to lay claim to helm a joint opposition to take on the BJP in the next Lok Sabha election.

The fifth inference is that with this win, the BJP will proceed with greater vigour to create an imprint in the south, especially in Kerala where it will be on its own though with the help of small regional outfits, and in Andhra Pradesh where the Telugu Desam Party has left the NDA.

The sixth is that regional parties opposed to the BJP can now more forcefully distance the Congress from its scheme of things and move ahead to forge some kind of ‘third front’ unity.

The BJP has reason to celebrate, but there are equally bigger battles ahead. Later this year, Madhya Pradesh and Rajasthan go to polls, and if the party does not do well, it could lead to a dilution of the Karnataka impact. Let’s not forget that the Hindi belt is crucial to the party’s prospects of returning in 2019.