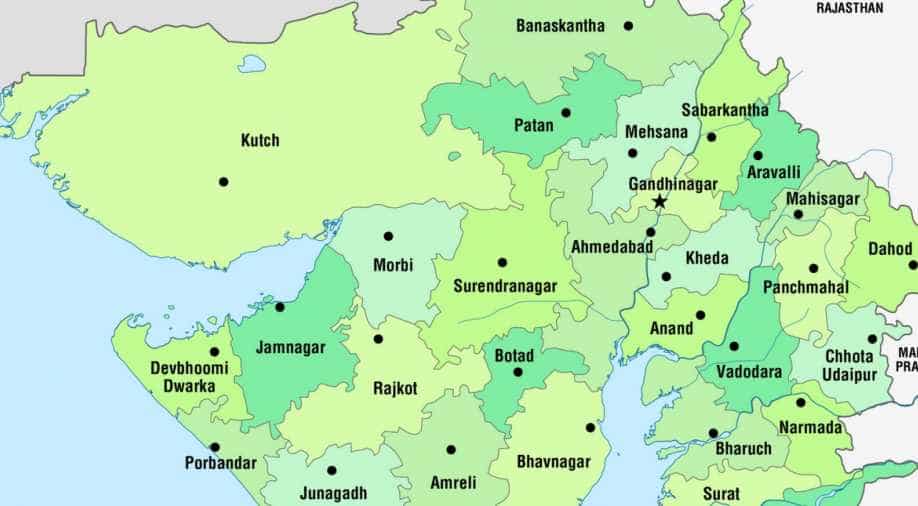 Gujarat’s development model rests primarily on its industrial performance. Industrial output accounts for nearly 40 per cent of state domestic product as compared to an all-India average of around 30 per cent. Correspondingly 16 per cent of the Gujarat workforce is in manufacturing (which is the largest subset of the industrial sector) as compared to an all-India average of 10.5 per cent. This much of the story is well-known.

But can Gujarat’s industrial performance be a desirable model for the rest of the country? One way to address this question is to take a closer look at the way this sector has performed in Gujarat compared to the national average over the last few years.

The most commonly used nationally comparable dataset on the organised manufacturing is the Annual Survey of Industries (ASI) conducted by the Central Statistics Office, which provides data on employment, value added, and other key variables for the “factory sector.” Note that, this does not include the vast number of micro and small enterprises that are not required to register under the Factories Act.

Indian manufacturing has become more and more capital intensive over the years.

Here, I take a brief look at what these data reveal for Gujarat. I am looking at the period from 1983 to 2013, but I also examine if the trends in the past fifteen years are any different from the preceding fifteen. At the national level, ASI data show that Indian manufacturing has become more and more capital intensive over the years.

That is, the number of people employed per rupee of fixed capital used has been falling steadily. This trend has been commented on widely in the economics literature as well as the popular press, in the context of “jobless growth". Together with this rise in capital intensity, and partly as a consequence of it, has come increasing labour productivity and a falling share of value-added going to labour in the form of wages and salaries.

Gujarat does not stand out as far as employment generation is concerned and if anything does a bit worse than the national average.

The trends for Gujarat are similar to the rest of India. However, some interesting and instructive differences also emerge. First, the general trend towards increasing capital intensity is much sharper for Gujarat compared to the all India average or comparable states like Karnataka. So, while in 1983, 63 jobs were created per rupee of fixed capital, by 2014 this was down to less than 5 jobs.

The comparable numbers for India are 59 and 8, and for Karnataka are 70 and 8. Most of the increase in capital intensity has happened in the 1980s and 1990s, with the trend being relatively flat in the 2000s. This has happened nationally. So, Gujarat does not stand out as far as employment generation is concerned and if anything does a bit worse than the national average.

In the case of Gujarat, adjusting for inflation, annual emoluments (wages and salaries) per person went from ~ INR 47,000 in 1983 to ~ INR 96,000 in 2014 while productivity went from ~ INR 91,000 to ~ INR 750,000 in the same thirty-year period (amounts are in 2004-05 rupee values). That is productivity increased eight-fold while earnings of labour only doubled. This divergence has accelerated over time, particularly during the BJP’s tenure.

This divergence between productivity and earnings is observed all over India but is much higher for Gujarat than the national average. Another measure of how much industrial growth and development have benefited ordinary people is the labour share of value-added, i.e. the proportion of value-added accruing to workers in the form of wages and salaries. The nature of changes occurring in the manufacturing sector in India, particularly the increasing capital intensity of production, has meant a steadily falling labour share.

In Gujarat while productivity increased eight-fold, earnings of labour only doubled.

In Gujarat, the labour share has fallen from 36 per cent in 1982-83 to 18 per cent in 2015. The national average trend is from 40 per cent to 25 per cent. For Karnataka, the numbers are 38 per cent to 30 per cent. This again shows that Gujarat’s industrial development has been much more anti-labour than the all-India average.

One possible counter-point is to say that even if the labour share is lower in Gujarat, the level of wages may be higher due to higher productivity. But here too the story is not as clean. In 2014- 2015, the latest year for which data are available, annual emoluments per person employed in Gujarat were INR 229,868 per year (in current rupees) while the national average was INR 221,000 and the Karnataka figure is INR 246,222. So while Gujarat does a little better than the national average, it is by no means a star performer.

Thus, both in terms of job creation, as well as earnings of industrial workers and employees Gujarat, performs either worse than or only slightly better than the national average. At least as far the organised manufacturing sector is concerned, development in Gujarat has benefited capitalists far more than ordinary people.