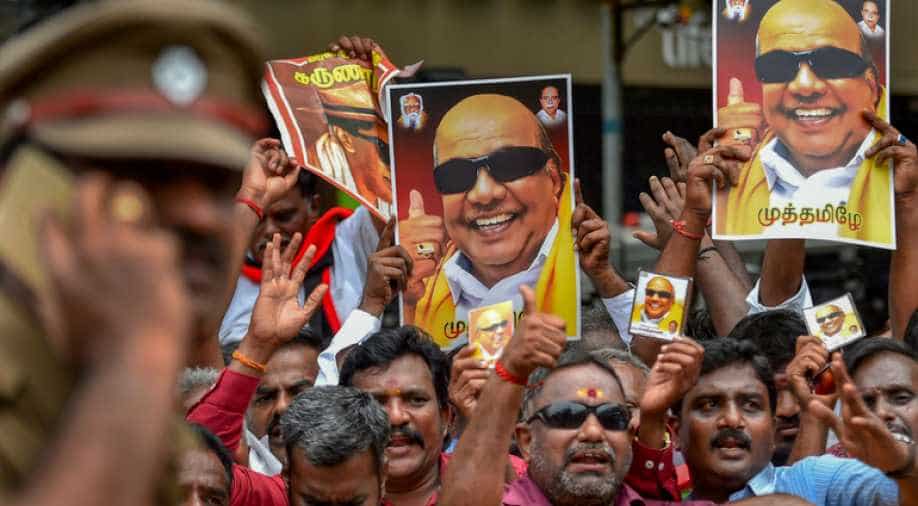 As his coffin was lowered into the Marina sands, Kalaignar proved that he is a fighter even in death and left Tamil Nadu CM Edappadi K Palaniswami highly embarrassed.

When not just in India but Tamilians across the world were mourning the demise of Kalianganr M Karunanidhi, the sudden news of Tamil Nadu government handpicked by former Jayalalithaa's aide and now-imprisoned VK Sasikala refusal to accede to DMK’s request for a resting place for the Dravidian stalwart on the Marina came as a rude shock to many.

However, Acting Chief Justice of Madras High Court Huluvadi G. Ramesh and Justice S S Sundar found no “legal impediments” as claimed by the State government, and directed it to grant space as desired by the petitioner, to bury state's five-time Chief Minister M. Karunanidhi on the Marina. Stalin, who seemed rather stoic all through, broke down after the favourable verdict.

There is a huge anti-incumbency wave sweeping across Tamil Nadu ever since the death of Jayalalithaa. The internal conflict that following the immediate aftermath of AIADMK Supremo's demise resulted in the tug-of-war between the two AIADMK camps to assert their superiority. Since then the dust has settled but the fissure in the party has been exposed.

AIADMK has become rudderless without a strong leadership and that created a political vacuum in the state. The political void created following the demise of Jayalalithaa and Karunanidhi in quick succession has also resulted in superstars Kamal Haasan and Rajinikanth throwing their hat into the ring. Even BJP, which has been trying to make forays into what some analysts often described as a land of embarrassment for the saffron party, is starting to smell blood.

AIADMK, which lacks the strong leadership, also seems to be increasingly drifting towards BJP after Jayalaithaa's death. From Modi's role in unifying the two factions of AIADMK to an article published in the party’s mouthpiece suggesting that working with BJP would be like a “double-barrelled gun” in the political arena in April, 2018, AIADMK has dropped enough hints that the party may tie-up with the BJP in the Assembly elections in the state. For BJP, which has been trying to make some inroads in the southern state, riding piggyback on the AIADMK, makes a lot of sense.

Even in death, M Karunanidhi proved to be a fighter. As Karunanidhi was fighting his last battle for his final resting place, Congress saw BJP's hand in Tamil Nadu government's reluctance to give space on Marina when Senior Congress leader Randeep Singh Surjewala said the Madras High Court judgement to allow the burial of DMK supremo M. Karunanidhi at Marina Beach was a "setback for proxy callers".

"Huge setback for proxy callers of Delhi Durbar conspiring to deny Kalaignar his rightful Burial place," he tweeted. Rahulji strongly supported the idea of a memorial for Karunanidhi at Marina. Why are Central/State governments silent? Huge victory of justice for DMK. Long live Kalaignar, Surjewala tweeted.

As his coffin was lowered into the Marina sands, Kalaignar proved that he is a fighter even in death and left Tamil Nadu CM Edappadi K Palaniswami highly embarrassed.

From Jallikattu protest to allotting space on Marina for Kalaignar's burial, AIADMK sans Jayalalithaa lost many battles and next Assembly elections may very well prove to be the final death blow.