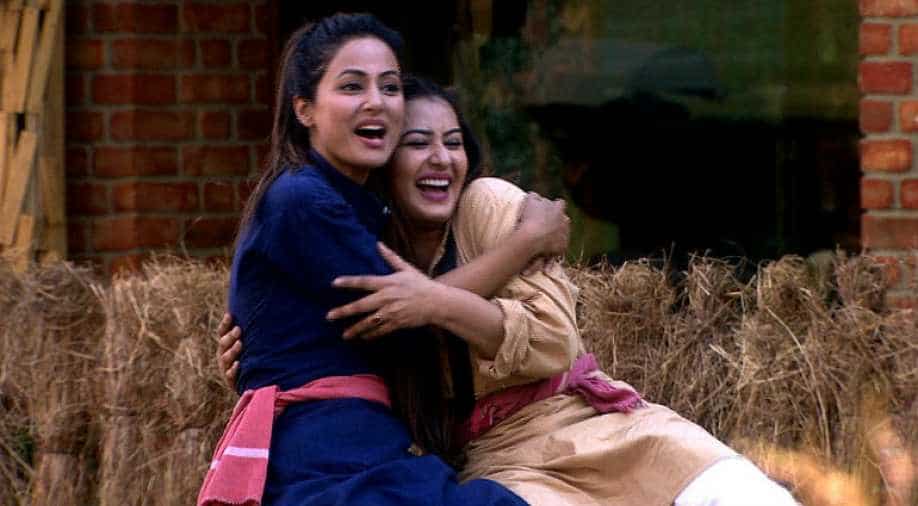 Hina Khan and Shilpa Shinde were the final two contestants of Bigg Boss 11. Photograph:( Others )

Not to my surprise, Shilpa Shinde is the winner of Bigg Boss 11. While I was rooting for a more-deserving Hina Khan, Shilpa’s win was something, I - like many of you - had anticipated mid-season. Not because she played the game exceptionally well, but for a simple reason, that she sold what heavily sells (on/off-screen) in India - emotions, a victim card, a suppressed woman, and a Mother India.

Not to forget, she literally earned the title of Maa, and therefore, rechristened with a wordplay on her name as Shil-Ma. I don’t intend to discredit her win or take away from the TV actor the way she played the character on the sets of Bigg Boss 11. After all, the reality show is all about how you offer a mix of your personality and strategies. And what she offered on the show worked for her and was liked by the majority. Well, the majority wins, but the majority is not necessarily right always. And therefore, contrary to the popular belief, I feel that her win underscores glaring gaps in the way we connect with personalities and also highlights the regressive mindset of the Indian audiences.

Of what I saw on Bigg Boss over the last 3 months, two factors majorly contributed to Shilpa’s win - her strong fan base and the fact that she played a devoted cook on the show throughout. You have to give it to her for having a strong fan base, which added to her win, but the culinary job was just a household chore - which, like many other tasks such as cleaning, dusting, and washing, were performed by inmates of the house. In the Bigg Boss house, the allocation of duties is usually up to the discretion of the captain, but in this season, the duties were mostly found to be mutually decided and allocated as per interests and strengths of contestants. And therefore, the culinary job was mostly limited to Shilpa. And we all understand that our hobbies work more as a stress-buster than mere duties. But it didn’t take Shilpa long to strategically manipulate her own decision to be in the kitchen and portray herself as an ideal Indian woman, who fed a dozen before she ate herself. So much so that in one of the episodes, Shlipa went on to show her pale hands, bruises, and cuts allegedly resulting from spending too much time in the kitchen. Clearly, an India soap opera was being played out within a reality show.

It’s really commendable to perform a strenuous task of preparing hundreds of rotis every week, but other housemates also performed due duties without blowing their own trumpet. And I wonder since when did Bigg Boss become a show of household chores? Or since when did culinary skills become a crucial parameter for judging a contestant’s strength and potential?

Sadly, it went down really well with the Indian audiences too and we got a glimpse of it on various occasions. The social media over the last three months was singing praises about Shilpa’s selfless devotion to the kitchen. And the icing on the cake was when co-contestant Puneesh Sharma came to Shilpa’s rescue during a press conference inside the Bigg Boss house early this month and compared her to an ideal Indian housewife, who binds the family together and runs the house. And to my surprise, my fellow brethren from the media fraternity lauded her and clapped on the statement, which underscored the regressive mindset of the Indian society.

In one of the episodes, Shilpa, in context of Akash Dadlani’s lewd and uncouth remarks directed at girls, said “wo ladka hai, aise comments kar sakta hai” - another example of a regressive approach. And Shilpa was never questioned by any viewer - including journalists and weekly callers - for making such a comment and supporting a patriarchal setup. Co-contestant Hina Khan, however, brought this up a couple of times on the show and objected to it.

Talking about the tasks carried out in the house, which play a pivotal role in evaluating the strength, willpower, and conviction of contestants, Shilpa was often seen to be either half-heartedly involved or simply, surrendering to others. But values over merit and popularity over performance have been a common phenomenon in our country.

Why Hina Khan was more deserving

Hina - the first runner-up of the show - had all the right reasons to emerge as the winner of Bigg Boss 11. Quite like Shilpa, Hina too had an equally strong fan base, but she was seen treating the fandom as a source of strength. She was seen saying that contestants shouldn’t disappoint fans with their laid-back attitude. Hina passionately participated in all the tasks and excelled in many. Shilpa, on the other hand, used her fanbase as a definite vote bank, which, perhaps, prevented her from delivering the best in many tasks. In fact, in the last task of the house - Vikas City - Hina played wisely and delivered amid unfavorable situations created for her by the ‘dictator’ Vikas Gupta. In the Vikas City task, Hina not only won the game, but hearts too. All in all, Hina outstripped Shilpa in Bigg Boss house tasks - key criteria in determining a contestant’s fate on the show.

Sadly, her self-love, strong personality and competitive behaviour were mistaken by many for the “I, me, myself” attitude. Time and again, she was labelled selfish by other contestants and a lot of Bigg Boss enthusiasts on social media. I, on the contrary, found Hina’s conduct in the house as that of an independent and a strong woman who knew how to disagree and never succumbed to pressure despite being cornered many a time by other housemates. In fact, she was seen to be outspoken in sharing her views on other housemates as well as outsiders. But she was slammed by both people inside and outside of the house for having unwelcoming views on senior actors of the TV industry. Having followed the season religiously, I didn’t find Hina’s comments about TV stars objectionable.

Speaking of another account, sadly, during the same press conference a week before the finale, one of the journalists referred to Hina as a “mohalle ki aunty”, which was later used on many occasions by viewers and fellow contestants. It was not only condescending, but too strong a word to be used for someone who was the strongest female contestant on the show and never shied away from raising a dissenting voice. Since I belong to the same fraternity, I believe journalists need to choose their words carefully and formulate their questions intelligently so as to be taken seriously.

Love for oneself is not mean as long as it doesn’t harm anyone. Standing alone with a voice is better than being in a group with a herd mentality.

Bigg Boss 11 is over and it ended with the defeat of a strong and a worthy contender to a popular contender supported by a regressive Indian mindset. But, winners are not only who win the trophy, winners are also who never quit.