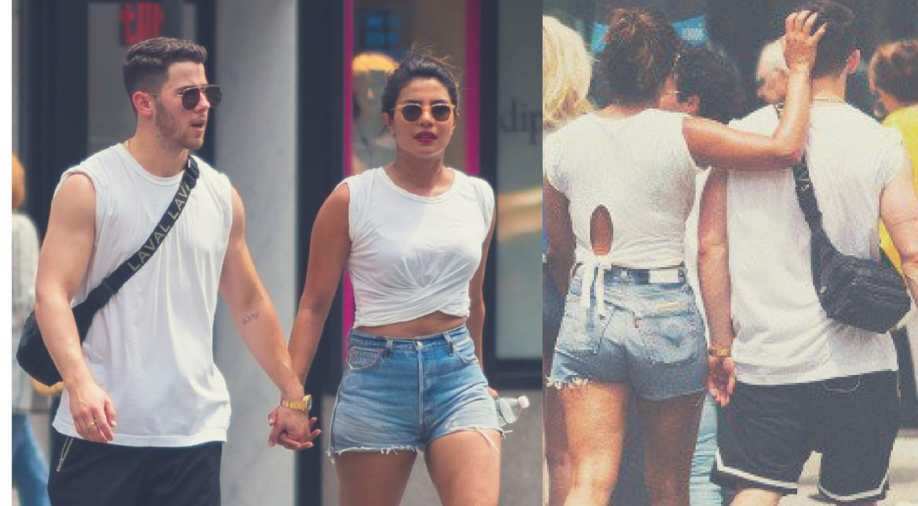 The emergence of social media has given a head start to celebrities and politicians seeking free publicity, however, using it wisely and sparsely will help focus everyone on real issues.

On June 26, Parineeti Chopra posted a video of Priyanka Chopra and herself dancing to the famous rain song 'Tip Tip Barsa Pani' on Monday. The sisters along with their family members were in Goa for a vacation. Priyanka's rumoured beau Nick Jonas has also accompanied the family.  social media was abuzz with photos of Priyanka, Nick and Parineeti enjoying a hearty Goan meal.

Since social media captured the imagination of the young and the old alike, celebrities have not only milked them for maximum publicity, it also helped them to cut down on their spendings on PR.

Now, I really don't have any problem with celebrities seeking free publicity through social media postings or anything like that but, of late, it has reached a point where with the kind of fan following that the celebrities enjoy, everything they post spread like forest fire across Twitter and Facebook, and even WhatsApp resulting in issues of national importance which require much more public attention are being overlooked. With social media gaining prominence, people latch on to triviality which is worrying.

There is no misgiving about Priyanka Chopra ability as an actor. Priyanka, who had begun her career in a Tamil film opposite actor Vijay Joseph went on to conquer Bollywood and then forayed into television with Quantico, an American television series.  In a way, we can proudly say that she put Indian entertainment industry on the global map, something former tennis player Vijay Amritraj couldn't do despite starring in James Bond film along Roger Moore.

However, of late Priyanka has started drawing considerable attention on social media and the media during her brief sojourn to India recently with her rumoured boyfriend. Media was running amok. So was her fans. Even the BJP's media blitzkrieg to divert the attention from its four-year failure in the past four years by raking up the Emergency did not receive so much press attention as did Chopra.

Another case which drew a lot of media attention recently is Virat Kohli's post of his Anushka Sharma schooling a young man seated in a car parallel to hers about not throwing garbage on the street. In the post, Kohli lauded his wife's heroics.

But what Kohli did not realise is that yelling at someone on the street just because he threw some garbage on the road is not courage. The point is that Kohli needs to be schooled on the real meaning of courage and told Robert De Niro going onto the stage at the Tony Award ceremony and declaring: “I’m gonna say one thing. Fuck Trump.”

The emergence of social media has given a head start to celebrities and politicians seeking free publicity, however, using it wisely and sparsely will help focus everyone on real issues.