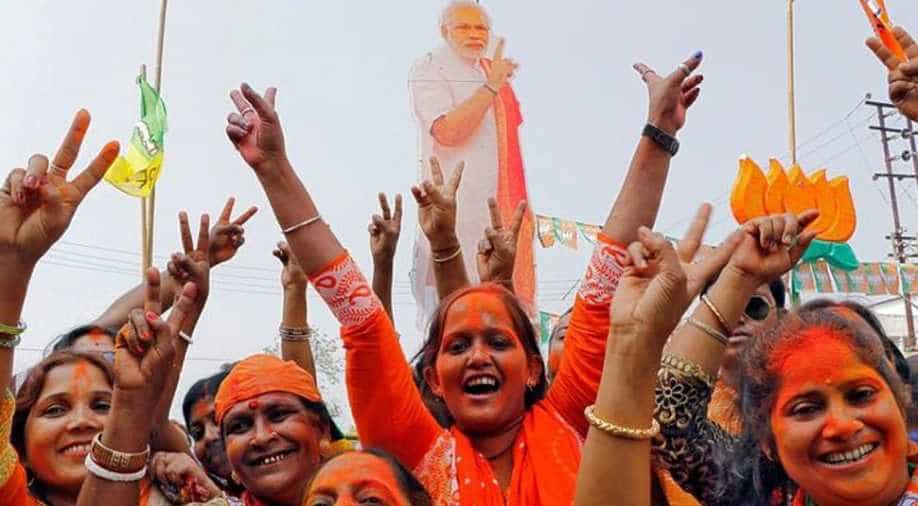 When was the last time that results of elections to (three small) northeastern states seized the collective attention of the nation, with even the national media running round-the-clock coverage of the outcome? When was the last time that three states which send just five members to the Lok Sabha assumed so great a significance? There was no last time because this is the first occasion the phenomenon has been witnessed. There are sound reasons for this turn of events, which are also the major takeaways.

The first is that the Bharatiya Janata Party’s bandwagon continues to roll in the North-East. The momentum which began with the party’s win in Assam and with the formation of its Governments in Arunachal Pradesh and Manipur, has been maintained. Nearly all of the region is now painted saffron. This is a major achievement for a party which had a negligible presence in this part of the country just over a year ago. The second is that the Church card which non-BJP parties tried to play in these States collapsed, with the people emphatically rejecting the attempt. The Congress failed to mobilise the overwhelmingly Christian population in both Nagaland and Meghalaya to give it a mandate.

The third takeaway is that the power of alliances should never be underestimated. If the BJP has made such enormous gains in the North-East, it is largely because of its astute alliance management. The fourth is that the only second Left bastion in the country has abandoned the communists and gone to the Right — indeed, it is the first time that the BJP has toppled a Left regime in the country. The fifth is that the Congress has been reduced to a bit player, with only Meghalaya as the saving grace — and here too it’s unlikely to form the next Government. And the sixth and last takeaway is that the North East Democratic Alliance (NEDA) helmed by the BJP is set to play an even larger role in the coming months in the region.

The contest in Tripura was expected to be close, and that is how it appeared in the initial hours of counting. But after the postal ballots were done with and the tribal region votes began to be counted, the BJP surged ahead dramatically.

Although party leaders maintain they had expected to win, even they must have been taken aback by the enormous scale of victory. A few things went wrong for the Left Front. The first is anti-incumbency. Having ruled for more than 20 years, the communists had lost drive, got complacent and taken the people for granted. Development had suffered and the new demography of voters that had emerged had no connect with the Left ideology — whether social or political or economic. The Left Front might still have got away with all this, had the BJP not smartly stepped up its presence to exploit the situation. Arguably, the Congress could have been the alternative, but the party’s national leadership has made a general mess of its North-East strategy. Besides, most voters believe that the Congress is a reluctant rival to the communists whose support it takes at the national level on many issues.

If the Congress was seen as a reluctant rival in Tripura, it was not even in the race in Nagaland, having contested just 18 of the 60 seats. Various permutations and combinations are being worked out in the State, but none needs to factor in the Congress. So, whether the Naga People’s Front (NPF) forms the Government or the BJP-National Democratic Progressive Party (NDPP) does, it’s a win-win situation for the BJP, because the NPF is already part of the larger NDA that rules the Centre.

Meghalaya is the only State that the Congress ruled when the election was held. But there is every indication it will not be able to return to power here, given that the National People’s Party (NPP) headed by members of the PA Sangma family could tie up with the BJP, along with a few others pitching in.

If the BJP is celebrating, the Congress is busy spinning the results to suit its narrative. For instance, Congress representatives have been saying that the party’s performance has been nothing different from what existed five years ago. It was not in power on Tripura; it will not be now. It was not in power in Nagaland; it will not be now. It was an important player in Meghalaya; it still is so. In other words, the Congress appears content with status quo while the BJP continues to eat into its space. Is this how it will read the outcome if it loses in the coming polls in Madhya Pradesh and Rajasthan, where too it is not in power?

There are lessons both in victory and in defeat. The Congress needs to pull up its socks. It learnt nothing from the Assam, Manipur and Arunachal Pradesh fiasco. The victorious BJP must realise that alliances matter and that it must do more to communicate effectively with partners across the country - allies that are unhappy with it. There is another lesson for it: The talks of inclusive development and not divisive agenda works. The Congress paid the price for bringing Church politics in the narrative. The BJP kept beef politics aside, for example, and focussed on people-centric issues such as corruption, infrastructure etc. The North-East results may or may not set the tone for 2019, but they are pointers of some importance.