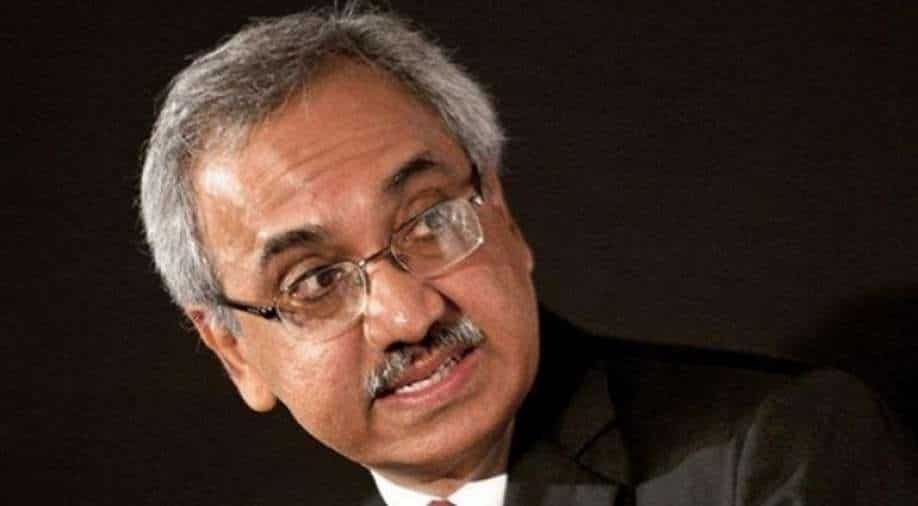 In this file photo, former chief operating officer of the National Stock Exchange, Anand Subramanian can be seen Photograph:( Twitter )

Former stock exchange executive Anand Subramanian has been arrested by the Central Bureau of Investigation (CBI).

The premier investigating agency of India said Subramanian claims that he got promoted to a highly paid job on the advice of a Himalayan mystic who may not even exist.

The bizarre corporate scandal took place in 2015 when Subramanian was appointed chief operating officer of the National Stock Exchange by then CEO Chitra Ramkrishna.

The high-flying woman executive was feted as the "queen of the bourse." She allegedly took business advice from a "yogi" she met by the River Ganges.

Indians often consult astrologers and spiritual leaders and the business world is no exception in the highly religious nation of 1.4 billion people.

The female chief quit in 2016 after allegations surfaced of market manipulation.

Now, CBI has said it has found more evidence that the mysterious "Himalayan yogi", whom then bourse chief Chitra Ramkrishna relied upon for "advice", could be the NSE's former Group Operating Officer Anand Subramanian only.

Subramanian, who has been arrested after questioning, was sent to CBI custody till March 6 after the agency told a Delhi court that they needed custodial interrogation to confront him with seized articles and others involved in the case.

Subramanian, who was brought to the NSE by its then CEO and MD Ramkrishna, reportedly had access to the email ID on which the emails were sent to the "Himalayan yogi" with whom the classified information was shared.

The CBI had already opened Look Out Circular against Ramkrishna, Subramanian, and Narain, as they were deemed to be at risk of flight.

It had lodged an FIR against her on the basis of the SEBI's report, accusing her of leaking classified information to the yogi who lived in the Himalayas and is still to be found.

On February 17, the Income Tax Department had conducted raids at the house of Ramkrishna in Mumbai and Chennai and said that they had recovered incriminating documents.

The department scanned various transactions and digital records, and also recorded the statements of a few of her employees.