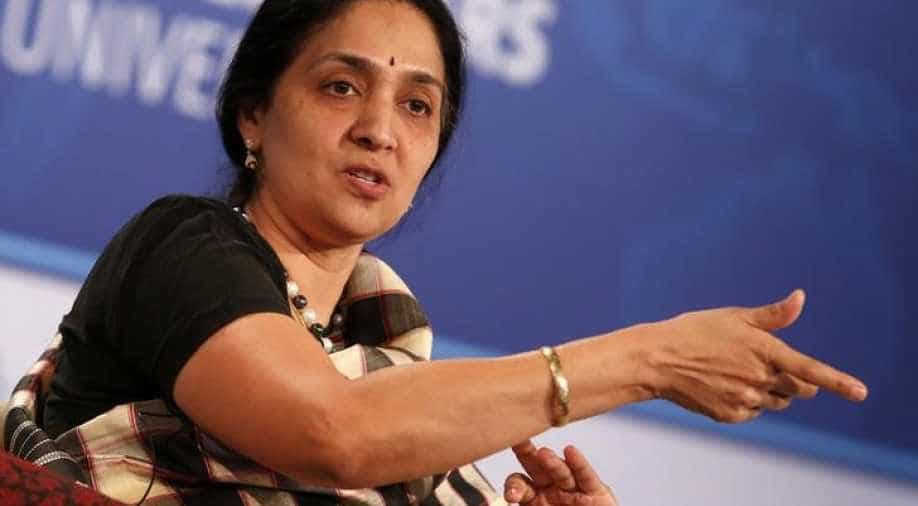 Ramkrishna's departure comes months ahead of a planned initial public offer, which is being keenly awaited in the market as one of the biggest IPOs in recent times. Photograph:( Reuters )

Chitra Ramkrishna today announced her plans to quit as the managing director and CEO of India's National Stock Exchange (NSE) for "personal reasons".

Sources said that Ramkrishna planned to quit with immediate effect despite requests by the NSE board to stay for some more time. Her tenure was scheduled to end in March 2018, PTI reported.

Ramkrishna's departure comes ahead of a planned initial public offer, one of the biggest in recent times.

The NSE has recently been involved in a major debate over new regulatory framework for high-frequency trades and co-location facilities.

Ramkrishna, 52, has been with the NSE since its inception in 1992. She was last month named chairperson of the board of World Federation of Exchanges (WFE), a global body of more than 200 market infrastructure providers.

She took over as MD and CEO of NSE on April 1, 2013 for a five-year tenure. She has also served as NSE's joint managing director earlier.

Ramkrishna was only the third person to head the bourse in its entire history of about two decades. She was also part of the team that drafted the legislative framework for the securities market regulator SEBI in 1987.

NSE is among the top bourses in the world in terms of equity trades and also market capitalisation.