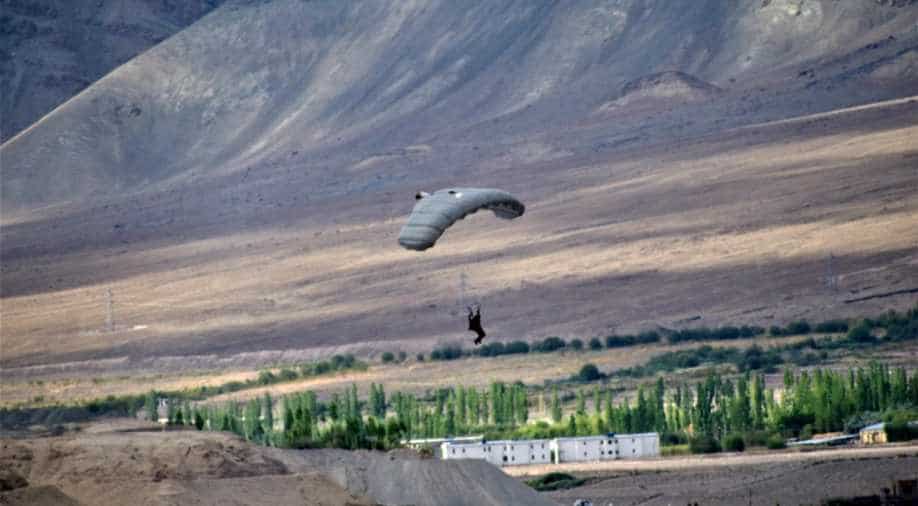 Deployment amid COVID-19 Photograph:( Others )

The Chinese embassy said India has "grossly violated China's territorial sovereignty" and that China has made "representations to the Indian side".

Amid tensions between India and China along the Line of Actual Control(LAC), the Chinese embassy in India said today that "India has grossly violated China's territorial sovereignty" and that China has made "representations to the Indian side".

"On August 31, Indian troops violated the consensus reached in previous multi-level engagements and negotiations between China and India, illegally trespassed the Line of Actual Control again at the southern bank of Pangong Tso lake and near the Reqin Pass in the western sector of China-India border," the Chinese embassy said in a statement.

"What India has done runs counter to the efforts made by both sides for a period of time to ease and cool down the situation on the ground, and China is resolutely opposed to this," it added.

The statement said it has urged the "Indian side to strictly control and restrain its frontline troops" and "earnestly honour its commitments, immediately stop all provocative actions, immediately withdraw its troops illegally trespassing the LAC, immediately stop any actions leading to the escalations and complications of the situation."

Amid the border row, newswire ANI quoting official sources said that the Indian Army and Chinese Army will hold brigade commander level talks in Chushul to discuss issues related to the situation on the southern bank of Pangong lake today.