No space for those who misuse religion for political motives & separatism: PM Modi 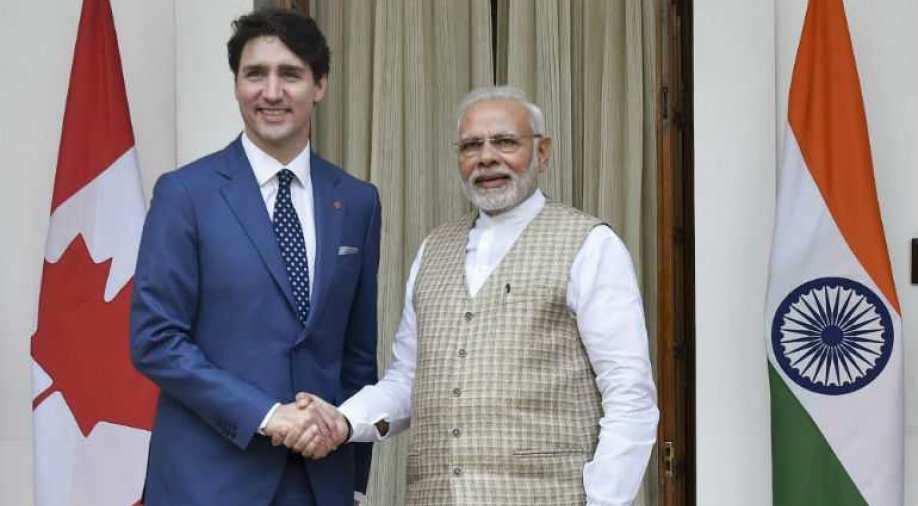 “We are happy that you visited along with your family. We discussed many issues including deference operation. Terrorism & extremism are a threat to countries like ours and to fight these elements it is important for us to come together," said PM Modi during the press briefing.

"India has attached a high importance to pursuing its strategic partnership with Canada. Our ties are based on democracy, pluralism, the supremity of law and the mutual interaction,"  PM Modi said.

"The two countries have agreed to strengthen ties in the area of security, terrorism and extremism," PM added.

"As Canada looks to diversify its own economy and looks for new opportunities to do business beyond its boundaries, India is a natural partner and a trusted friend for commercial cooperation," said Canadian prime minister Justin Trudeau.

Earlier in the morning, Trudeau was given a ceremonial reception at the Rashtrapati Bhavan this morning, where he was received by President Ram Nath Kovind, PM Modi and members of the Union Cabinet.