No changes in implementation of contracts on supplying S-400 missile system to India: Lavrov 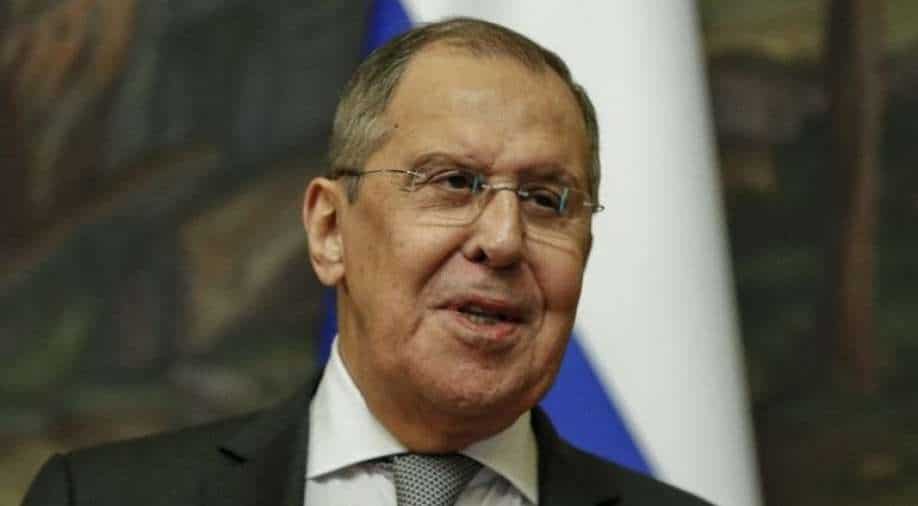 Russian Foreign Minister Sergey Lavrov has assured India that there is no change in the implementation of the contracts on supplying the sophisticated S-400 anti-aircraft surface-to-air missile system to the country.

His comments came weeks after the Russian state arms exporter Rosoboronexport CEO Alexander Mikheyev said that India will receive the first batch of the sophisticated S-400 missile system from Russia in October-December this year.

"I would like to mention the implementation of the contracts on supplying S-400 systems to India. We see no changes regarding that and the Indian authorities have confirmed their adherence to these agreements," Mr Lavrov said in response to a question during a press conference after the BRICS Foreign Ministers' virtual meeting hosted by External Affairs Minister S Jaishankar.

In October 2018, India had signed a USD 5 billion deal with Russia to buy five units of the S-400 air defence missile systems, notwithstanding warning from the then Trump administration that going ahead with the contract may trigger US sanctions under CAATSA.

The S-400 is known as Russia's most advanced long-range surface-to-air missile defence system. The ''Triumf'' interceptor-based missile system can destroy incoming hostile aircraft, missiles and even drones at ranges of up to 400 km.

Countering America's Adversaries Through Sanctions Act or CAATSA is a tough US law which authorizes the administration to impose sanctions on countries that purchase major defence hardware from Russia in response to Russia's annexation of Crimea in 2014 and its alleged meddling in the 2016 US presidential elections.

In 2019, India made the first tranche of payment of around USD 800 million to Russia for the missile systems.

In December, Russia had said that implementation of its ongoing defence deals with India including the supply of a batch of S-400 missile systems is advancing well notwithstanding the threat of US sanctions.

"As for our cooperation with India, economically, politically and from the humanitarian sphere, in the military area and in health care, all kinds of cooperation, collaboration we developed gradually and according to the agreement reached at the highest level," Mr Lavrov said on Tuesday.

"Literally today, we have sent a new batch of Sputnik-V vaccine in addition to large-scale steps to help to support India in this situation they found themselves due to the coronavirus pandemic," the top Russian diplomat said.

He also expressed Russia's gratitude to India as the chairman in this year's BRICS.

During the BRICS Foreign Ministers' meeting, Mr Lavrov called on his counterparts from the five-nation bloc to come up with a joint signal to the world in favour of strengthening and reforming the multilateral system.

"Our association plays one of the leading roles in settling global problems today. It is an example of real multiversity- inclusive, universal and non-discriminatory," he was quoted as saying by Russia's TASS news agency at the online meeting of the BRICS foreign ministers.

"In this context, we support the initiative of our Indian friends who called on the BRICS foreign ministers to send a strong common signal to the world in favour of strengthening and reforming the multilateral system on the bedrock basis of international law, on the basis of the generally-recognized central role of the United Nations as the most universal and inclusive organization, in global affairs. And the unanimous voice of BRICS is highly relevant," he said.

On the issue of fighting terrorism, Mr Lavrov said, "This area is actively developing within BRICS. Its priority goals are specified in the anti-terrorism strategy of "the five" approved last year. We are in favour of expanding the potential of the anti-terrorism working group that was established. There are several topical subgroups within it."

The Russian top diplomat also noted that negative tendencies have surfaced in international relations amid the pandemic, with an increased potential for conflict and heightened risks of the collapse of the strategic stability system.

"National egoism, unscrupulousness in the choice of means to win global dominance, ignoring the interests of other countries undermine the foundation of the post-World War II multilateral system, which rests on international law. I mean the United Nations Charter rather than the rules our Western colleagues keep on inventing," he said, adding that more and more new challenges are facing the world community.