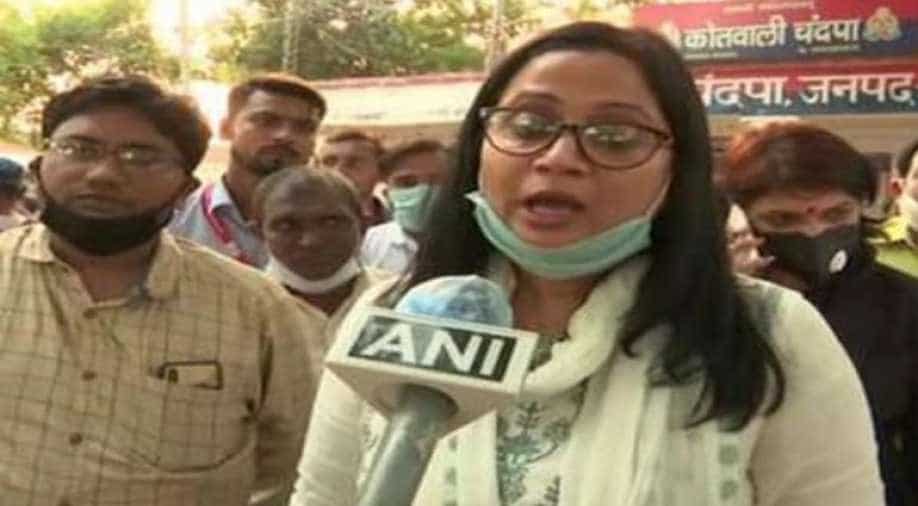 She also claimed that she has been talking to the victim's brother, but the authorities are not letting her meet the family

The 2012 Delhi rape case of Nirbhaya was fought by lawyer Seema Kushwaha. Now, Seema has vowed to provide her aid to the Hathras rape victim.

Kushwaha also tried meeting the family on Tuesday but was not allowed to meet the family by the local authorities. However, she has assured that she will be giving her best to meet and help the family.

She also claimed that she has been talking to the victim's brother.

"I will not leave Hathras without meeting the family. They have requested me to stand as their legal counsel but the administration is not allowing me to meet them," she told reporters.

Kushwaha was the family lawyer of the 23-year-old paramedical student who was gang-raped on a moving bus on the night of December 16, 2012, by six people, including a juvenile in Delhi. The victim lost her battle with life in a hospital in Singapore.

The announcement by Kushwaha has got a lot of positive response due to her recent win when all four convcts of the 2012 Nirbhaya gang-rape and murder casewere hanged to death in March, this year.

Meanswhile, after the victim succumbed to her injuries this week, the government has formed a three-member SIT to probe the case and said the matter will be heard in the fast track court. All four accused in the case have been arrested.

However, as of now, Additional Director General (law and order) Prashant Kumar has claimed that according to the initial reports by the doctors, her death was caused by the trauma of her neck injury, and there is no confirmation of rape yet.