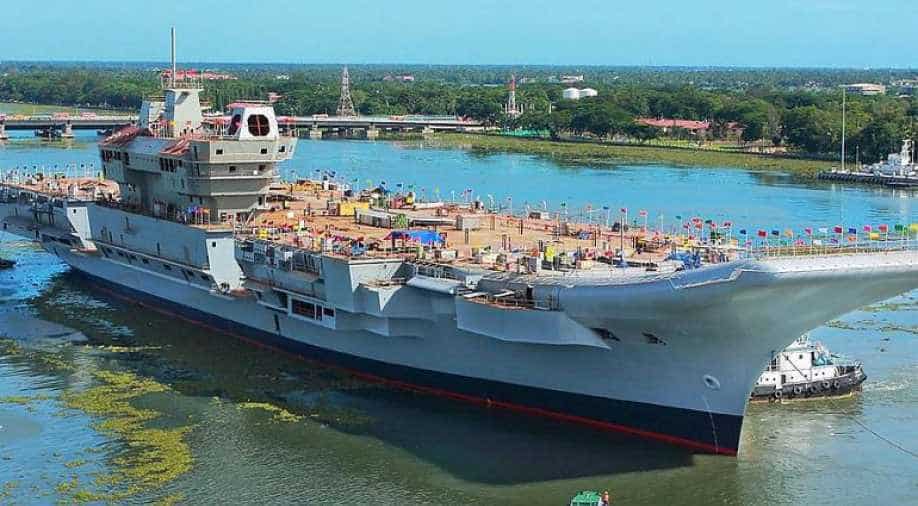 The NIA conducted multiple searches in Bihar, Rajasthan and Gujarat on Wednesday and retreived some of the stolen items.

The duo has been identified as 23-year-old Sumit Kumar Singh who lives in Bihar's Munder and 22-year-old Daya Ram, who is a resident of Rajasthan's Hanumangarh. They worked as painters at the shipyard and were caught in their homes.

The NIA conducted multiple searches in Bihar, Rajasthan and Gujarat on Wednesday and retreived some of the stolen items. The convicts sold one of the har drives on OLX, which is a digital platform to sell goods.

A top NIA officer said, "The NIA was brought in as it was suspected to be a case of sabotage." Finding the accused was like finding a needle in the haystack. The officer said, "Cochin shipyard has hundreds of contractors with 100 employees each."

NIA conducted a thorough investigation where they collected fingerprints and palm prints of 5,000 workers working on IAC during that period and examined them. They even announced to award Rs 5 lakhs to anybody who provides lead in the case.

The duo basically wanted to make money by selling these parts but could only manage Rs 10,000 after they sold an industrial hard drive on OLX. The NIA will try to recover the hard drive from the customer.

The construction of INS Vikrant began on 2009 and is aimed to be completed and commissioned by 2021.