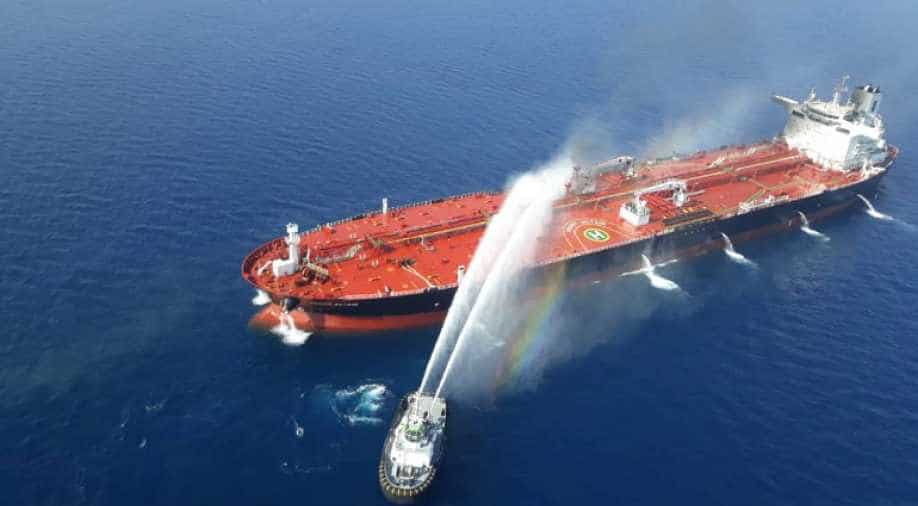 Water cannons being used to douse fire in an oil tanker after it was attacked in the Gulf of Oman. Photograph:( Reuters )

US President Donald Trump declared Friday that a mysterious attack on two oil tankers in the Gulf of Oman had Iran "written all over it," rejecting Tehran's denial that it had any involvement.

India far better than Pakistan, will beat them 7 out of 10 times: Kapil Dev

The "far better" Indian team has a much higher probability of winning against Pakistan in their forthcoming Cricket World Cup clash, said former India captain Kapil Dev on Friday.

Saudi forces on Friday intercepted five drones launched by Iran-aligned Yemeni rebels, a Riyadh-led military coalition said, in a second assault on an airport in the kingdom's southwest in two days.

West Bengal Chief Minister Mamata Banerjee Friday asked the striking doctors' to end the impasse in government hospitals and invited them to meet her Saturday evening.

Hong Kong media reported on Saturday the city`s government would suspend a proposed law on extradition to mainland China that sparked widespread anger and violent protests, with leader Carrie Lam planning to address reporters later in the day.