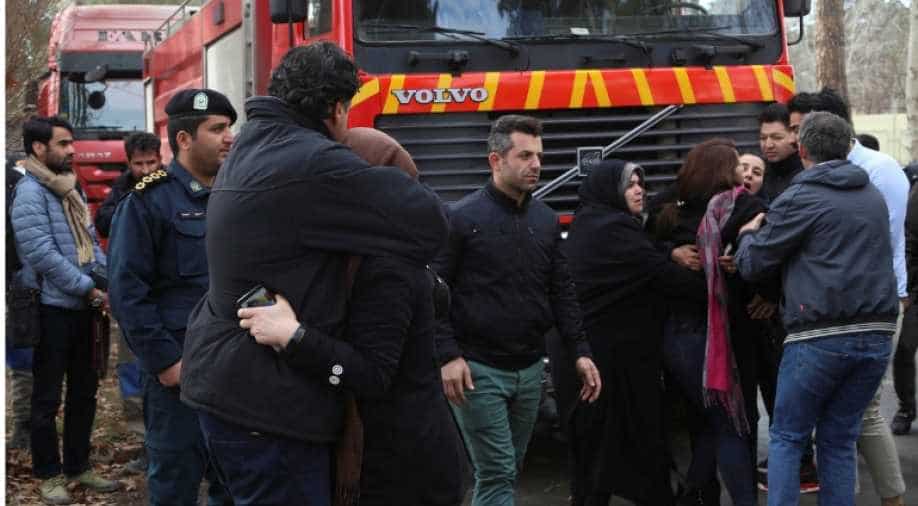 The site of a Boeing 707 military cargo plane which crashed on the west of the Iranian capital, near Fath airport, near Karaj, Iran. Photograph:( Reuters )

Turkey says it will not be 'intimidated' by Trump's threats

Turkey said Monday it would not be intimidated by threats after US President Donald Trump warned the country of economic devastation if it attacked Kurdish forces.

Delhi Police on Monday filed a 12-page charge sheet in connection with the 2016 JNU sedition case. According to reports, the charge sheet has been filed at Delhi's Patiala House Court and names former student union leaders Kanhaiya Kumar and Umar Khalid for allegedly holding an anti-national event at Delhi's Jawaharlal Nehru University in February 2016. The Court will consider the charge sheet on Tuesday.

A military cargo plane overshot a runway, crashed and caught fire during a botched landing near the Iranian capital Tehran, killing 13 people, the army said Monday.

Thousands of Bangladeshi garment workers downed tools and walked out of clothing factories Monday, refusing to end a week-long strike over wages and rejecting government efforts to end the standoff.

Andy Murray out of Australian Open after five-set thriller