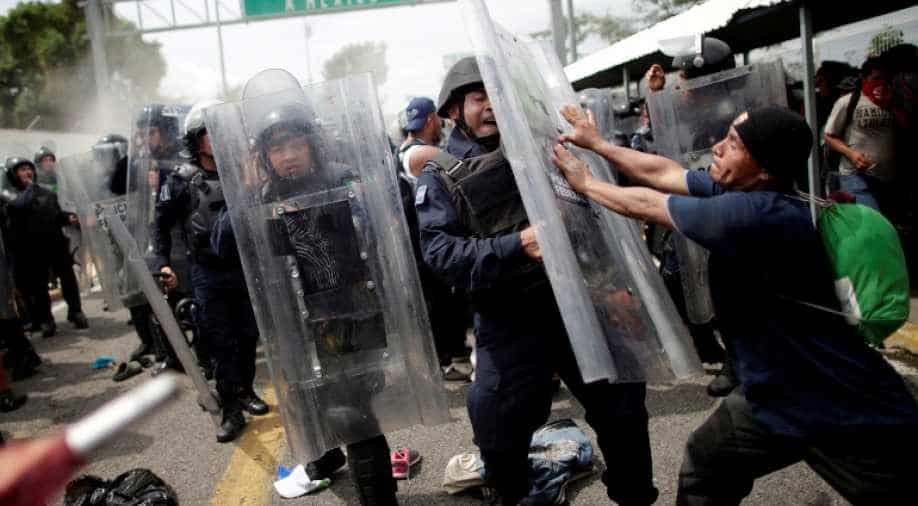 Pakistan's ultra-Islamist party blocked roads in major cities for a third day on Friday in protest against the acquittal of a Christian woman Asia Bibi on death row for blasphemy allegations.

Brazil will move its embassy in Israel to Jerusalem: President-elect Jair Bolsonaro

US State Dept spokeswoman Heather Nauert could be next UN envoy: Trump

US President Donald Trump on Thursday confirmed reports that State Department spokeswoman Heather Nauert is under "serious consideration" to become the next US ambassador to the United Nations.

President Donald Trump said on Thursday he was finalising a plan that would require immigrants seeking asylum in the United States to approach a legal port of entry, pushing a hard line on immigration ahead of next week's congressional elections.

Apple on Thursday reported that its profit leapt in the recently ended quarter, but shares slid on weaker-than-expected iPhone sales and the forecast going into the year-end holiday.