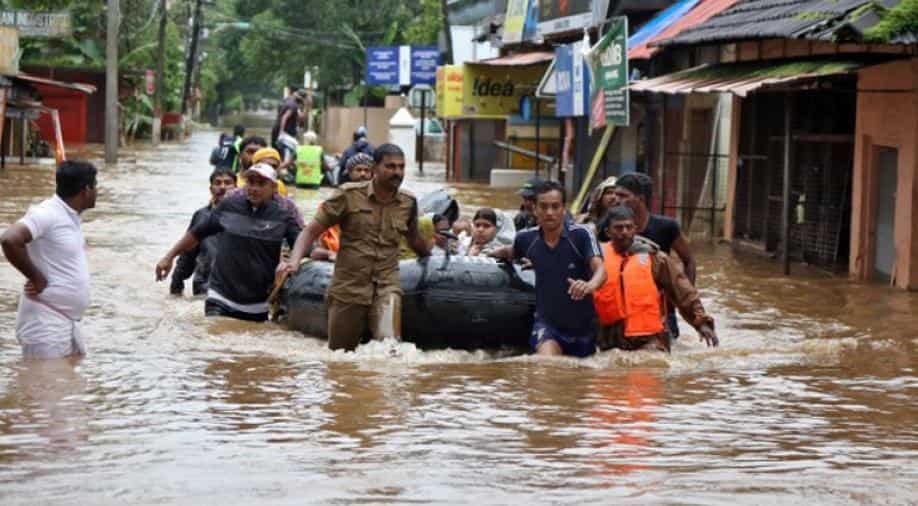 India and Pakistan must talk, resolve their conflicts including Kashmir: Imran Khan

Imran Khan said Tuesday that India and Pakistan must talk, and that that was the only way to move forward and resolve their conflicts.

"To move forward Pakistan and India must dialogue and resolve their conflicts incl Kashmir," Khan tweeted.

"The best way to alleviate poverty and uplift the people of the subcontinent is to resolve our differences through dialogue and start trading," he added.

The two men accused of the Mandsaur gang rape were on Tuesday sentenced to death. The case was closed in under two months.

The class 2 girl was raped on June 26. She had been waiting outside her school for her parents to pick her up when she was lured away by the two men — Irfan and Asif.

The men tortured her, raped her, and then slit her throat. The girl was found with severe injuries to her face, head, neck, and private parts.

With rains easing and water receding in some areas of flood-ravaged Kerala, people started returning to their homes as Union Ministrer KJ Alphons today appealed for cooked food and skilled workers to rehabilitate more than 10 lakh displaced people.

Though there has been some respite from the rain in the last two days, the water level has not come down in several areas of the worst-hit Ernakulam, Thrissur, Pathanamthitta, Alappuzha and Kollam districts, the officials said, a day after the Union Home Ministry declared the flood a 'calamity of severe nature'.

Uttar Pradesh Deputy Chief Minister Keshav Prasad Maurya on Tuesday clarified his previous statement on Ramjnamabhoomi dispute and said that even majority of Muslims want Ram temple to be built in Ayodhya.

Speaking to ANI, Maurya criticised the Congress party for looking at Ayodhya dispute as a political issue.

"I want to thank Sidhu for coming to Pakistan for my oath taking ceremony. He was an ambassador of peace and was given amazing love and affection by the people of Pakistan," Khan tweeted.