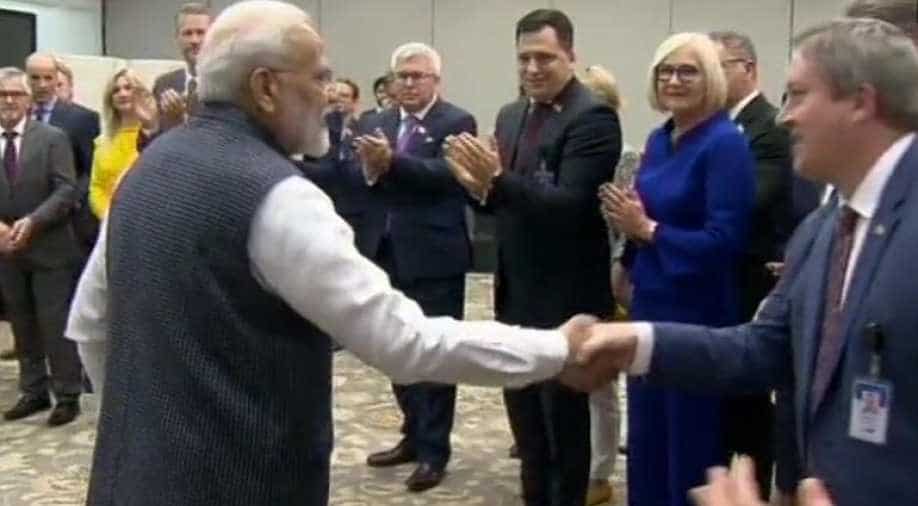 Next year the 15th India-EU summit is expected to happen in Brussels, which can spur the talks on the FTA.

Even as Indian Prime Minister met over 20 European Parliamentarians who will be going to Jammu and Kashmir, New Delhi has highlighted that it is keen on the India-European Union Free Trade Agreement (India-EU FTA).

PM Narendra Modi, Speaking to European MPs called for "early conclusion of a fair and balanced Bilateral Trade and Investment Agreement (BTIA) " which he called a "priority for the government."

Formal talks were suspended on the proposed FTA in 2013, an FTA which will help both India and Europe in a major way. Since 2013, India, EU has met 9 times informally to talk about the FTA with August 5, 2019, was the last time both sides met to discuss the issue.

Key issues why talks failed were on customs duty on wine, auto manufacturing and labour issues. While India did not want an FTA without investments being part of it, the EU wanted FTA on goods. On European cars, Brussels said it wants to sell full manufactured cars to be sold in India to which New Delhi pointed out to its policy of local manufacturing.

High customs on wine in India was another thorny issue as well as EU raising the issue of labour and human rights issues. EU also wanted to be part of the government procurement, which India is not keen on.

Next year the 15th India-EU summit is expected to happen in Brussels, which can spur the talks on the FTA. The last India EU summit happened in 2017.

The development on EU India FTA comes even as next week could see mega RCEP FTA being inked in Bangkok on the sidelines of East Asia summit. India is keen to be part of RCEP whose part will be China, ASEAN, Australia etc.