Needs to examine if resignations are genuine: Speaker on Karnataka crisis 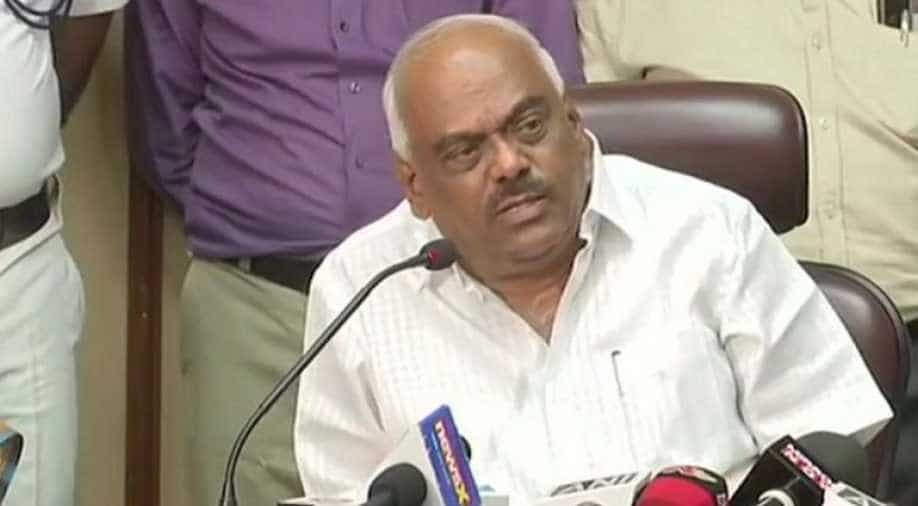 The Speaker said that the rebel MLAs told him they went to Mumbai as some people threatened them.

Karnataka Assembly Speaker KR Ramesh Kumar on Thursday said that he needs to examine the resignations of rebel MLAs to ascertain if they are genuine.

''I need to examine these resignations of rebel MLAs all night and ascertain if they are genuine,'' said the Speaker while addressing the media at Vidhana Soudha after meeting rebel MLAs.

The Speaker said that the rebel MLAs told him they went to Mumbai as some people threatened them.

''I would've given them protection,'' the speaker said and added, only three working days have elapsed but they behaved as earthquake occurred.

Speaker also said that he had videographed everything and send the taps to the Supreme Court.

On the delay in announcing his decision, he said ''My obligation is to people of this state and the Constitution of the country. I am delaying because I love this land. I am not acting in haste.''

The Speaker said that he scrutinised the resignations based on rule202 and found eight letters not in prescribed format. ''I'm obliged to look if resignations are voluntary and genuine,'' he added.