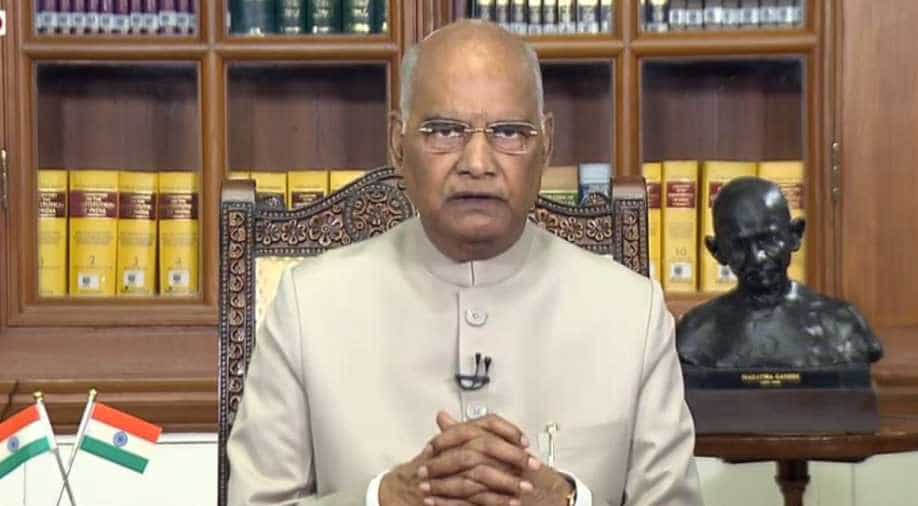 Our brave soldiers have lost lives protecting and safeguarding the Indian borders, the nation salutes the bravehearts of Galwan Valley, President Kovind said during his speech on the eve of India's Independence Day.

In his address to the nation on the eve of 74th Independence Day, India's President Ram Nath Kovind said that the historic day will not be the same as every previous year for obvious reasons due to the pandemic.

"The nation is indebted to all health professionals fighting this pandemic, unfortunately, many have lost their lives in the course of doing their duty," the president said.

"This pandemic has affected the poor and underprivileged the most, several efforts have been made by the government to provide them employment to help them as much as possible," the president asserted while adding, "we have helped other nations against their fight with COVID-19 and have established that India is always standing with its friends during tough times."

"India has always followed the principle of not just living for oneself but also for others," he said.

"Our brave soldiers have lost lives protecting and safeguarding the Indian borders, the nation salutes the bravehearts of Galwan Valley," he said. The President said the nation has "utmost pride on our defence forces."

"In the year 2020, we have learnt a lot of lessons. The myth has been broken that nature is controlled by human beings, the pandemic made us understand that the world community has its fate interrelated.

The Indian president also noted that cyclone Amphan which brought destruction to Bengal and Assam during the pandemic.

"The 21st century should be remembered when humanity worked together to help each other in defying all borders," he stated.

The president stressed on improving medical facilities while reaffirming his faith in India's youth.

"Our sons and daughters must be worried about educational institutions being shut. I assure them that we will get ahead of this."

"Indians have displayed patience on the Ram Janambhoomi case. It was resolved with due judicial process. I congratulate our citizens for it," he said.

"I pray for the world's welfare and wish you all on the 74th Independence Day," the president said.