Nandita Das takes 22 cast and crew members of 'Manto' for its premiere at Cannes; film gets a standing ovation 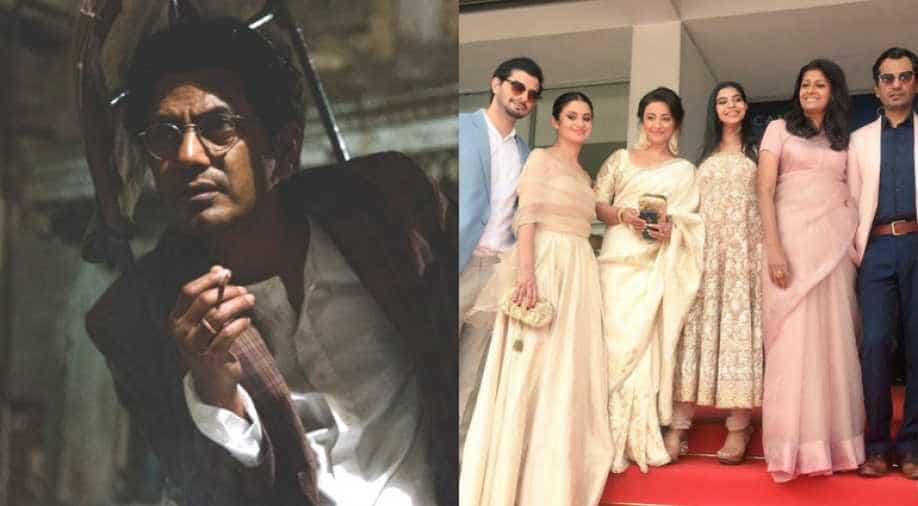 Nandita Das poses with the cast of 'Manto' ahead of the film's premiere at Cannes. Photograph:(Instagram)
Follow Us

Nandita Das' labour of love, period biopic 'Manto', got a standing ovation from the audience as the film premiered at Cannes on Sunday.

Twenty-three members of the cast and production team took the stage after the festival's general delegate Thierry Fremaux introduced the director and noted the size of the "Manto" contingent.
"It's India," Das quipped.

"Cannes is like home, and it is great to have my second film premiere here," she said.

In the audience was the director's father and celebrated painter Jatin Das.

"My films are rooted in a milieu but I do not seek to explain everything. If you are true to the emotions you are dealing with, a film connects instantly with the audience," Das quoted as saying to a news agency post the film's screening.

'Manto' did, in fact, manage to connect and stun the audience as many stayed on for long to congratulate the team behind the biopic of the long-deceased Saadat Hasan Manto, an uncompromising writer who fought all his working life to protect creative freedom.

"People across the world are fearful of all the unsettling developments around them. That is why Manto's writings are as relevant today as they were back in his time," Das said.

"Initially, the script spanned a ten-year period from 1942 to 1952. In the film, that has eventually been whittled down to four years," she said, throwing light on the six-year process from conception to completion.
Das said she has used Manto's writings extensively in developing the film but also used some fictional elements.

Das, earlier, had shared the first teaser of the film on her Twitter page.

The film's leading lady, Rasika Dugal, also shared images from the red carpet prior to the film's premiere

And it's out there! World premiere of #Manto #Cannesfilmfestival

'Manto', an Indo-French co-production got off the ground a couple of years ago in Cannes, where Das and lead actor Nawazuddin Siddiqui announced their collaboration. The actor is one of the co-producers of the film.
In 2017, the duo was back in Cannes to reveal the first look of 'Manto'.

That the film is now in the festival's competitive Un certain regard section only brings its journey to a logical launch pad from where it can kick on towards other conquests.