'My journey of serving the people': PM Modi completes 20 years in public office 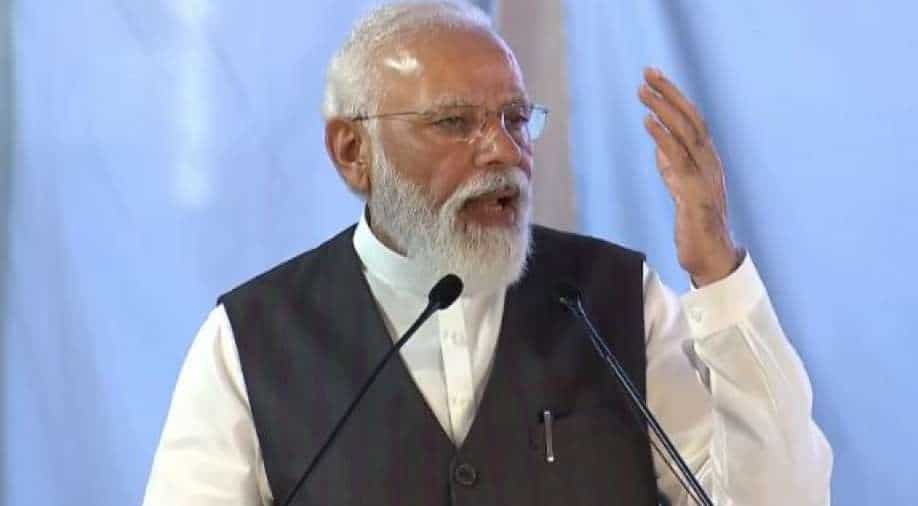 India's Prime Minister Narendra Modi said the country has moved to establish a network of 3,000 testing labs and has been importing masks and kits abroad.

During his visit, PM Modi highlighted the CoWIN platform as a way forward for the whole world to ensure mass vaccination.

"With the efforts of the state government and the Centre, India will have 4,000 new oxygen plants established under PM CARES," India's prime minister asserted.

India's prime minister said the country has moved to establish a network of 3,000 testing labs and has been importing masks and kits abroad.

PM Modi informed the people that he had completed 20 years as the head of a government which included 13 years as the chief minister of Gujarat.

"My journey of serving the people, living among the people was going for many decades earlier but 20 years ago today I got a new responsibility - as the chief minister of Gujarat," PM Modi said.

India's prime minister had taken oath as the Gujarat chief minister on October 7, 2001.

During his speech, India's prime minister informed that over 1,100 oxygen plants has been established under PM-CARES as India ramps up its new oxygen plants.

"We have jumped from just 6 AIIMS to a network of 22 AIIMS across the nation. Our government wants to ensure there's at least one medical college in every district of India," India's prime minister said.