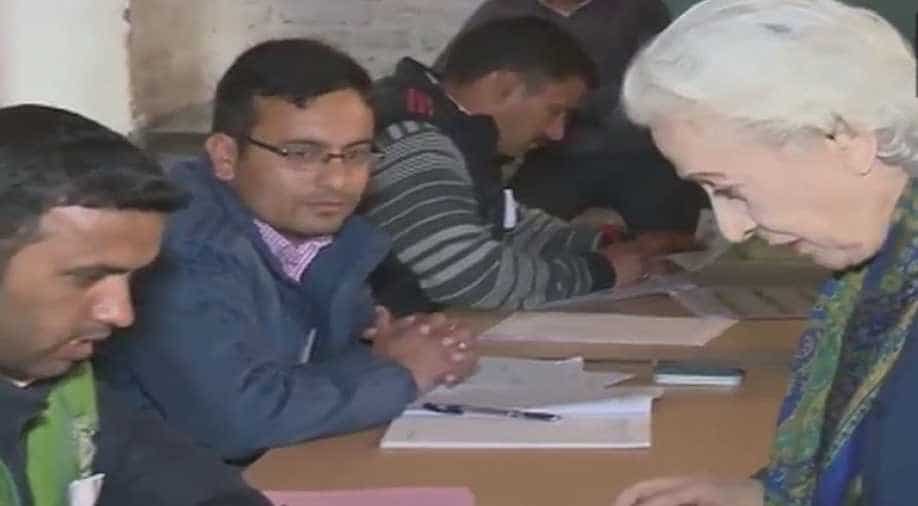 Polling got underway in Himachal Pradesh on Thursday morning with reports of malfunctioning of electronic voting machines(EVMs) and voter-verified paper audit trails(VVAPTs) in several places.

At least 58 EVMs and 102 VVPATs were replaced during polling and 167 EVMs and 219 VVPATs had to be replaced during mock polls in the state. In fact, polling could not be held in Gondla polling booth in tribal Lahaul and Spiti district.

64.8 per cent polling was recorded until 4 pm in Himachal Pradesh, reports said.

Shyam Sharan Negi (101), the first voter of India, cast his vote for the 15th time in assembly polls at Kalpa in Kinnaur district.

Polling has picked since noon.

The ruling Congress led by the chief minister and the BJP led with former chief minister Dhumal are contesting all 68 seats while the BSP is contesting 42 seats, followed by the CPI(M) 14, Swabhiman Party and Lok Gathbandhan Party six each and the CPI-3.