Moscow assures support to India amidst stand off with China 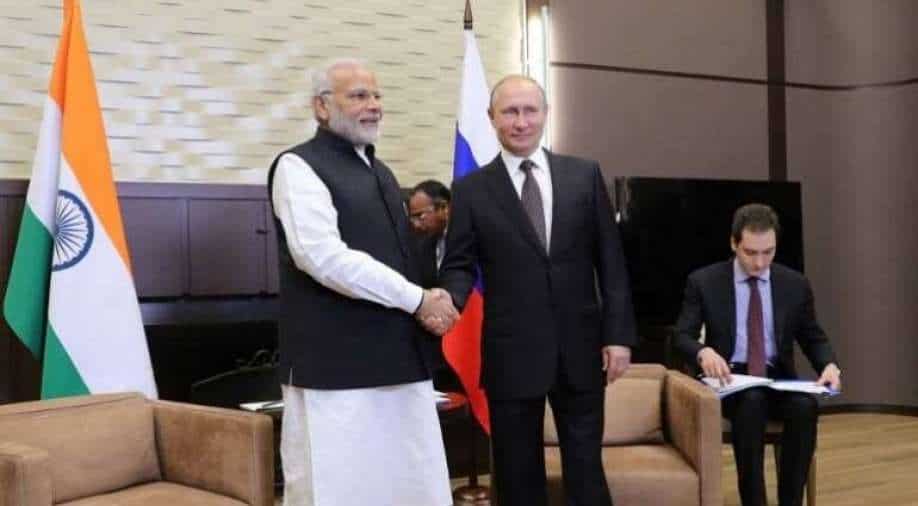 Earlier Russian foreign minister said, 'It has already been announced that the military representatives of India and China have made contact, they are discussing the situation, discussing measures to de-escalate it. We welcome this'

Moscow has assured that it stands by India in thick & thin. Top sources told WION while it supports India, it also backs New Delhi's efforts to resolve issues with China amidst the ongoing stand-off with China.

The development comes even has Moscow has publically reacted on the standoff at multiple levels with Russian Deputy Foreign Minister Igor Morgulov & India's Envoy to Russia Bala Venkatesh Varma discussing the matter.

Lavrov said, "It has already been announced that the military representatives of India and China have made contact, they are discussing the situation, discussing measures to de-escalate it. We welcome this".

Envoy Kudashev in a tweet said, "We welcome all steps aimed at de-escalation at the LAC, including the conversation between the two FMs, and remain optimistic."

While Russian DCM told WION,  "We hope that the tensions will soon be de-escalated, and the sides would further maintain a constructive dialogue also keeping in mind the potential of cooperation. Russia believes it is vital for the region".

The Russian readout of deputy Russian foreign minister's talks with Indian envoy to Russia said, "the officials discussed regional security, including developments on the Line of Actual Control on the border between India and China in the Himalayas".

India and Russia have close ties and engage frequently including at the highest level. Both Indian Prime Minister Narendra Modi and Russian President Vladimir Putin have spoken to each other many times this year including on COVID-19 crisis.

Russian foreign ministry spokesperson Zakharova announced that "On June 23, foreign ministers of Russia, India & China are scheduled to meet via videoconference as part of Russia’s RIC chairmanship. They will exchange views on trends in global politics, the economy, and other areas following the COVID19 pandemic."

Russian envoy called the "existence" of the grouping an "undisputable reality" which is "firmly fixed on the world map". Commenting on "current stage of of the trilateral cooperation" he said, "there are no indications that it might be frozen" over current India-China stand-off.

Later this year as the chair of SCO and BRICS, Russia will host the summits of both the groupings.

Meanwhile, Pakistan's Foreign Minister SM Qureshi also spoke to his Russian counterpart and the Russian foreign ministry readout of the talks showed that Russia did not support Pak priorities as Islamabad had been claiming during the telephone call.

Victory Day Parade is scheduled to be held on June 24, 2020, in Moscow and the Russian Defence Minister Sergei Shoigu had invited Indian contingent to take part.

According to the official press-release of the Russian Ministry of Defense, the mechanized column participating in the parade will consist of more than 200 vehicles with more than 20 types of military hardware showcased at the parade for the first time.