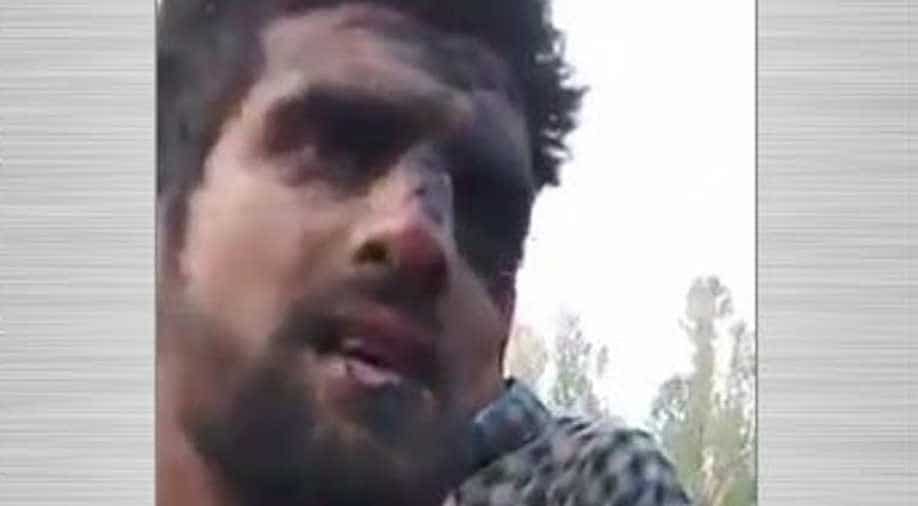 The man identified as Waseem Ahmad was beaten mercilessly.The mob even tried to set him to fire. Photograph:( Zee News Network )

A man was ruthlessly thrashed in Jammu and Kashmir’s Sopore by a group of people who suspected him to be a braid chopper. Five others were injured in the violence.

The man, identified as Waseem Ahmad, had gone to offer prayers at Dargah Hazratbal during the wee hours when he was attacked by the mob.

The mob also tried to set Ahmad on fire.

He was saved by the timely intervention of the police personnel who used force to rescue him from the mob.

"Immediately, a police party rushed to spot and found that a mob was beating one person ruthlessly. The miscreants had also burnt some grass and were trying to set the person ablaze. Some miscreants were trying to run a tractor over him," a police spokesman said.

He has been admitted to Srinagar hospital in a serious condition.

The police have identified those involved in the incident and an FIR has been registered.

More than 130 braid-chopping incidents have been reported from various parts of Kashmir over the past one month but police has so far failed to make any arrest.

?Special investigation teams have been set up to nab those involved in braid chopping, which has created fear psychosis among the people, especially the women folk.?The police have announced a reward of Rs 6 lakh for information leading to arrest of braid choppers.