MJ Akbar defamation case: Priya Ramani explains about her article in a magazine 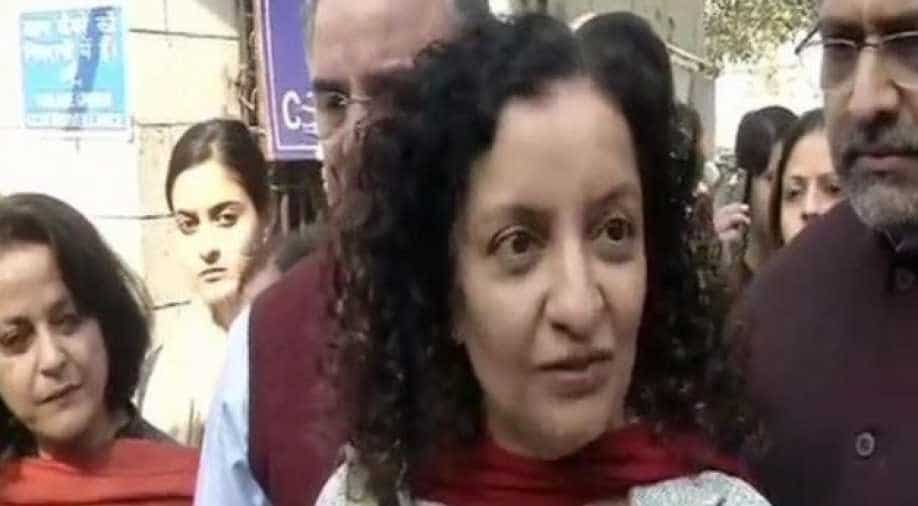 Journalist Priya Ramani, against whom former Union Minister MJ Akbar had filed a defamation case for levelling sexual harassment allegations, on Saturday explained in a Delhi court about her article in the Vogue magazine

Journalist Priya Ramani, against whom former Union Minister MJ Akbar had filed a defamation case for levelling sexual harassment allegations, on Saturday explained in a Delhi court about her article in the Vogue magazine.

Speaking about her article in Vogue magazine, Ramani said, "Yes, I wrote an article. Vogue`s features editor Shehnaz Siganporia called me and asked if I could write an article about the behaviour of male bosses in the context of the American MeToo movement and the allegations against Hollywood producer Harvey Weinstein, which ranged from calling women to his hotel room and multiple allegations of sexual misconduct and rape."

She asserted while doing research for the article, she could not help not remembering her personal story of meeting her first male boss, Akbar.

"So I began the article with my MJ Akbar story. I never named him. The first four paragraphs of the article were a brief account of what happened at The Oberoi Hotel in 1993 (where she for a job interview with Akbar in the evening)," Ramani said.

"The portions in quotations referred to specific allegations against Harvey by many women. I mainly read four articles about the sexual harassment charges against Harvey and these portions were sourced from there. These articles appeared in Newyoker, the New York Times and Variety," she said explaining the article.

Recounting her days with Asian Age, Ramani said she began her job with Asian Age, New Delhi, as a correspondent in January 1994 but she was transferred to Mumbai.
"I urged the editor to transfer me to Mumbai as I could not find good accommodation in Delhi and I could save on rent if I live with my parents," she said.

After moving to Mumbai, I never met Mr Akbar alone in the Delhi office or Mumbai office again, Ramani said maintaining that "We (Ramani and Akbar) always interacted during edit meetings or when he visited Mumbai office."

Ramani was the first woman to accuse Akbar of sexual harassment during the #MeToo campaign.

Akbar, the former Minister of State for External Affairs, had filed a defamation case against the journalist for accusing him of sexual misconduct.

The allegations levelled against him forced him to resign from the Union Cabinet on 17 October 2018.

Team of three, including two Indian-Americans, to create bulletproof coatings from nature