Mission Youth: 50,000 youth to be engaged in JK for employment opportunities 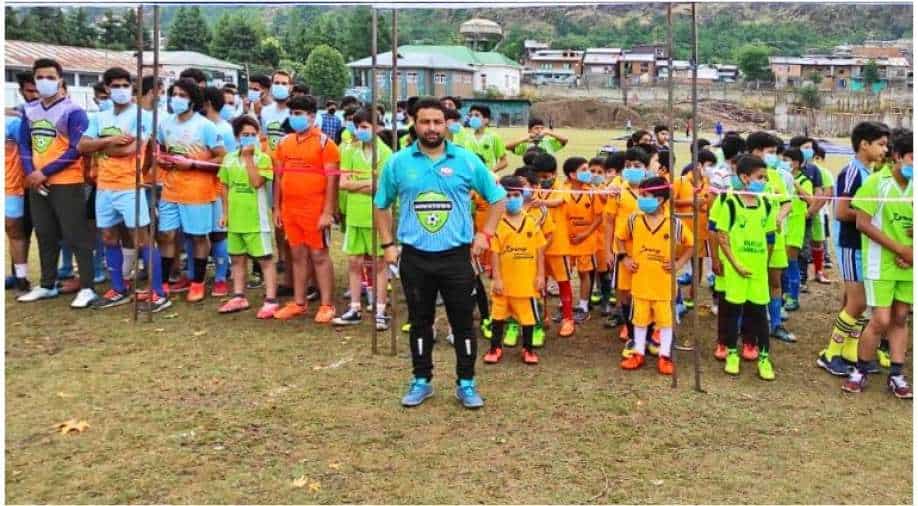 The Jammu and Kashmir government has established a special initiative for the first time for the youth of the union territory. The initiative called ''Mission Youth'' will benefit more than 50,000 youngsters in different streams.

The motive behind this is to engage the youngsters of the union territory from developing their skills to training them for starting their own ventures. This initiative will also work in sports activities where more than 20,000 youth will be engaged and trained in various sports to become professionals.

''Under mission youth we are working under five-six major parameters, one is skill development. We have rolled out 98 courses for the youth. They are linked with employment. Second is sports, we want youth to take sports as a profession. We are engaging 20,000 youth in sports and different activities. We are holding counselling centres for youth. Scholarships for women have been rolled out — super 75 scholarship under the guidance of LG Manoj Sinha where we provide INR 100,000 to each girl student to pursue further studies. We are also going to coach students for different competitive exams,'' said Shahid Chaudhary, Director, Mission Youth.

In the Mission Youth, special schemes and scholarships have been rolled out specially for women. Female students wanting to pursue post-graduate courses will be helped with around INR 100,000 worth of scholarships and many skill development courses have also been introduced for women.

''The performance of women has been low and when we launched these schemes the first few ones were only for women. We want at least 50 per cent of women participation. We are engaging 20,000 in sports only, self-employment for 50,000 youth in collaboration with JK bank,'' Chaudhary explained.

Young people of the valley have appreciated this move by the government. They say it will help many unemployed youngsters to find a path for deciding their careers and also take them away from social evils such as drug addiction.

"First of all, I would like to appreciate this move by the government of Jammu and Kashmir. It was very much required. Mission youth has funding of around 600 crores, and I recently saw 75 students will get scholarships for the courses, youth engagement schemes are there in it. We have nothing to do otherwise and this initiative will give a boost to the youth in sectors like entrepreneurship etc. They should take more such initiatives for the young, otherwise, we have seen young people going towards drugs and other social evils," said Mir Khubaib, a youngster in the valley.

Some youngsters even say that it's the first time the government has thought about young people. However, they appreciated the efforts made by the LG Manoj Sinha.

"It's the first time in seven decades that something has happened so it's really fabulous that they are delivering on ground. If we see in departments it used to be extremely difficult to get a loan but with these schemes it would be helpful. Youth can get engaged in recreational initiatives. Mission Youth is a great initiative and the officer leading is also good. In Srinagar downtown area, 99 per cent are not government employees and they used to face a lot of issues in getting loans. Youth were demanding something should be done and this is something great LG Manoj Sinha has done for the people of Kashmir. The main reason behind drug addiction is unemployment and with these initiatives, we can involve these youth in something constructive," said Aqib Renzu, a youth activist.

Youngsters from downtown, however, say that they have been neglected always but hope this scheme will benefit them too.

''This is a great initiative, mission youth for the young. I am from the downtown area of Srinagar and we have been neglected for a very long time and now for the first time we are seeing some hope. I appreciate this. Inshallah it will be a great platform,'' said Tabish Abbas Pathan, a local youngster.

The scheme, if implemented, properly across the union territory can really bring a major change across the Valley.