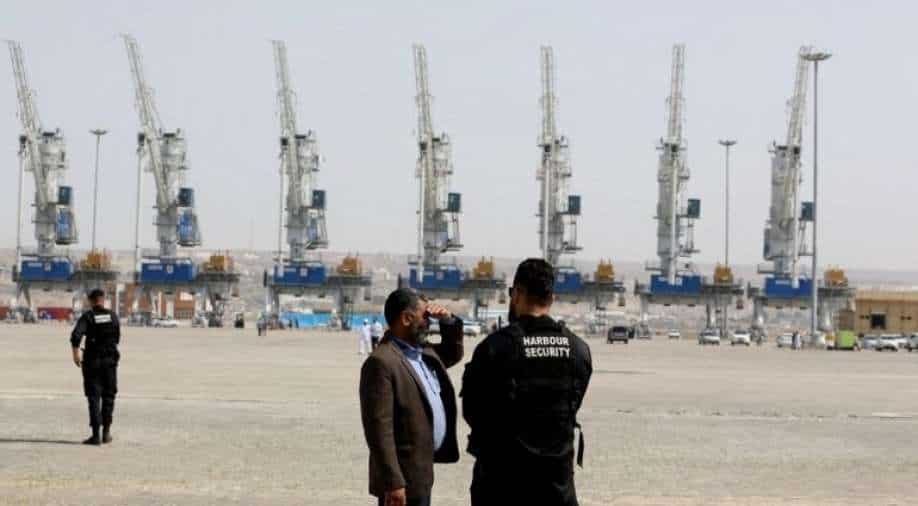 Harbour security men stand guard during an inauguration ceremony of new equipment and infrastructure at Shahid Beheshti Port in the Southeastern Iranian coastal city of Chabahar, on the Gulf of Oman Photograph:( AFP )

Ministers from six countries including Afghanistan, Iran, Uzbekistan, Russia, Kazakhstan, and Armenia will take part in India's commemoration of Chabahar Day on Thursday.

The "Chabahar Day" will be celebrated on the last day of the mega India maritime summit that was inaugurated by Indian Prime Minister Narendra Modi on Tuesday.

Earlier this week, speaking to WION, Mandaviya said, "Chabahar port is an important destination, and we are developing it. 2 cranes have been put. I will be going and inaugurating it. Chabahar connects us to CIS countries... which will increase connectivity to Europe. Chabahar port is important"

Chabahar in Iran is key to India's westwards connectivity, providing inroads to Afghanistan and Central Asia and the key to the north-south international transport corridor linking Mumbai with Moscow. January saw India sending 2 cranes for the port, and the next few months will see four more cranes being sent that will increase the efficiency of the port.

Interest has been coming from Central Asian countries to be part of the project. A working group of India, Iran, and Uzbekistan met in December as one of the key outcomes of the India Uzbekistan virtual summit between the leaders of the 2 countries. In fact, 3 of the participating countries taking part in the "Chabahar day" are from central Asia.

Last year, the Kazakh envoy to Delhi Yerlan Alimbayev pointing out his country's interest in the project said, "Kazakhstan will not only join, we are actually in a process. We initiated this process and we were expected the Chabahar connection will be done"