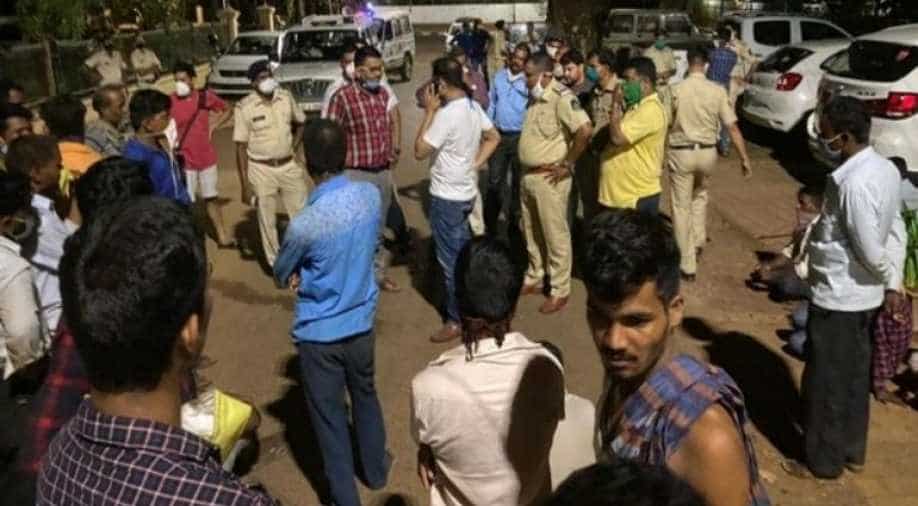 Migrant labourers were unable to provide resident proof of Karnataka.

As Karnataka denied entry to the migrant workers, a group of almost 150 migrant labourers arrived at the Campal area of Panaji on Wednesday night.

The chaos happened as the workers apparently failed to prove their identity as a Karnataka resident. The workers claim to have proper permission from the Goa government to travel back to their hometowns in Karnataka. However, they were denied entry to the state and had to return back to Goa.

The labourers were asked to present Aadhar card or some other proof of valid identification card with a Karnataka address on it. However, as some of them failed to present it, they were denied entry.

Deputy Collector Vivek HP, along with a team of senior officials went to the Campal area to meet the stranded labourers on Wednesday night. He has assured the labourers that he will talk to Karnataka government and help them migrate back to their hometowns.

Migrant labourers were also spotted on the mumbai-Nashik highway, trying to walk or cycle back to their hometowns. A lot of labourers are walking back to their native villages which are hundreds of kilometers away.

These migrants have been travelling in the early hours of the day and after the sun sets, to avoid the heat.

Some NGOs have been helping these migrants by providing them food packets, water and essential medicines.