11 killed and over 500 hospitalised after Vizag pharma gas leak 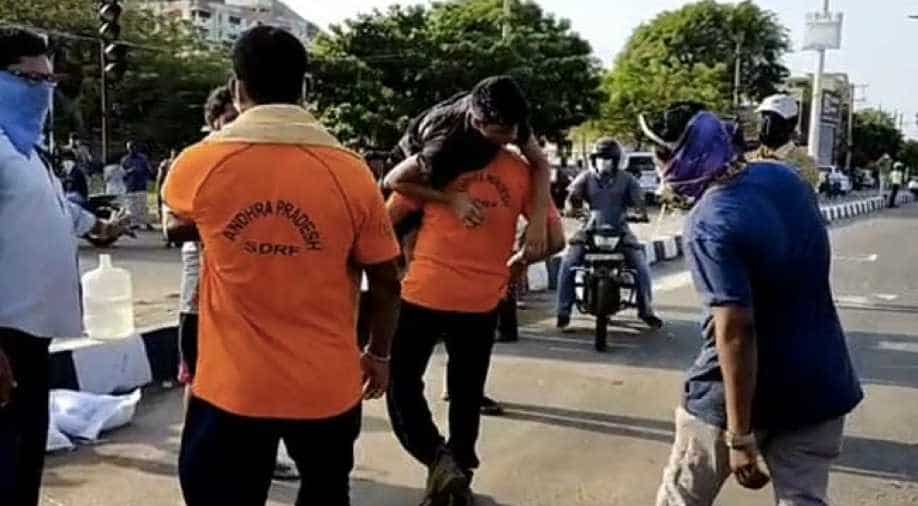 Officials carrying people who were near the chemical plant when gas leak happened Photograph:( PTI )

As per reports, the leakage happened around 3am at LG Polymers industry at RR Venkatapuram near Naiduthota area close to Gopalapatnam.

At least eleven people, including a child, have been killed and over 500 have been rushed to emergency services after toxic gas leaked at a pharmaceutical chemical plant in Visakhapatnam, Andhra Pradesh.

South Korean battery maker LG Chemical Ltd, the owner of the facility, located around 14 kilometers away from Visakhapatnam city, said the gas leak had been brought under control.

"We are looking into the exact damages, cause of the death and details of the incident," the company said in a statement.

As per reports, the leakage happened around 3 am at LG Polymers industry at RR Venkatapuram near Naiduthota area close to Gopalapatnam. The incident led to panic among locals in the 3km-radius area.

Sources said that police, fire tenders and ambulances reached the spot to control the situation.

Residents near the chemical gas plant reported of burning sensation in their eyes and difficulty in breathing, officials said.

The Greater Visakhapatnam Municipal Corporation tweeted about the incident:

There is gas leakage identified at LG Polymers in Gopalpatnam. Requesting Citizens around these locations not to come out of houses for the sake of safety precautions.

As precautionary measures, the colonies and villages around the industry may leave to the safer locations. PLEASE USE WET CLOTH AS MASK TO COVER NOSE AND MOUTH.

Photos posted on social media showed at least a hundred people trying to help the injured and putting them into waiting ambulances. Some people can be seen wearing masks and helping those who are showing signs of difficulty in breathing.

Prime Minister Narendra Modi also reacted to gas leak incident and said that he has spoken to officials at the Home Affairs ministry and the NDMA regarding the incident.

Spoke to officials of MHA and NDMA regarding the situation in Visakhapatnam, which is being monitored closely.

I pray for everyone’s safety and well-being in Visakhapatnam.