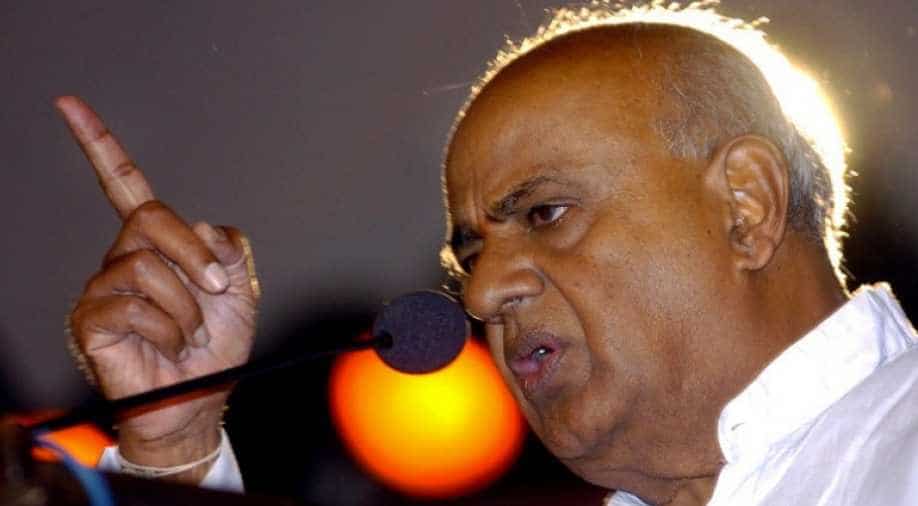 'They said they will support us for 5 years but look at their behaviour now. Our people are smart,' the JD(S) chief said.

Slamming the Congress, he said that the party's behaviour has not been appropriate.

"There is no doubt that there will be mid-term polls. They said they will support us for 5 years but look at their behaviour now. Our people are smart," the JD(S) chief said.

Earlier on Tuesday, Karnataka chief minister Kumaraswamy had hinted at the growing differences within the ruling coalition.

"I promise I will fulfil your expectations. I can't express the pain I am going through every day. I want to express it with you, but cannot. But I need to solve the pain of people of the state. I have the responsibility of running the government smoothly," he said at an event in Channapatna in Karnataka.

However, senior Congress leader and former Karnataka chief minister Siddaramaiah refuted the reports of any rift between JD(S) and Congress. "There is absolutely no threat to the government in Karnataka, there is no problem. They (BJP) are trying desperately but they will not succeed," he said.

In the 225-member state Assembly, Congress has 79 MLAs while JD(S) has 37. The BJP is the single largest party with 105 members.