#Metoo: Will cry for justice turn into mob lynching? 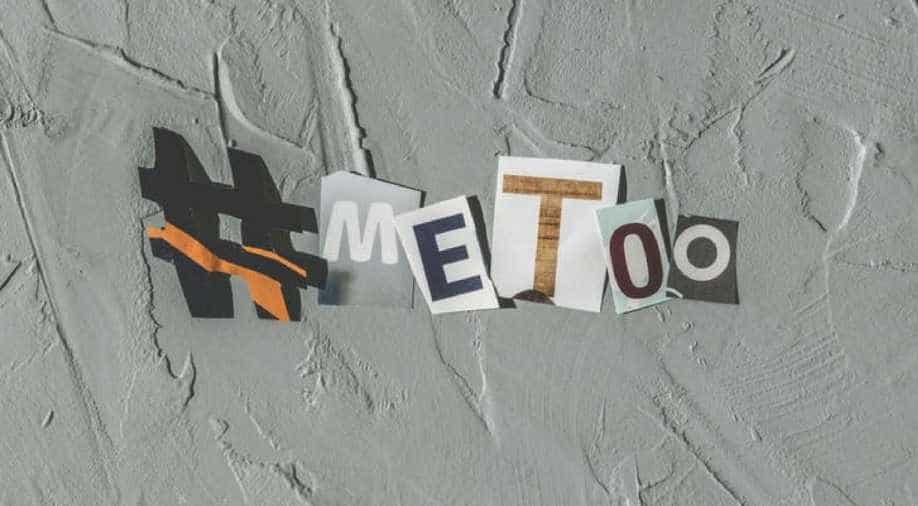 The “#metoo” campaign is the voice of the people who are rightly exasperated by the culture of sexual aggression and the surrounding shame. Indeed, removing the culture of shame and its predecessor, silence, is the first step towards dismantling the arsenal of the aggressor, who goes by many names, “rapist” and “sexual predator” being two of them.

A woman on facebook as part of the naming and shaming process of the “metoo” campaign, has raised serious ethical and legal dilemmas.

By facilitating a safe space to vent and express, the campaign has also assumed a therapeutic purpose. However, the listing of important names in academia as aggressors by a woman on Facebook, as part of the naming and shaming process of the “metoo” campaign, has raised serious ethical and legal dilemmas. While there are no easy answers to these questions, I also fear the impact of this debate on the credibility and overall efficacy of the victim’s rights movement in India.

I proceed on the premise that sexual violence can be seen from three perspectives, one as an experience of the victim, two as a definition under the law and three as a convergence of one and two. Sexual violence is an experience, but the terms “rape”, “stalking”, “voyeurism” and “sexual harassment” are legal concepts. Sometimes the sense of victimisation is also perceived and defined by law, in which case sexual aggression qualifies as “rape”, “sexual harassment”, “voyeurism”, “stalking”, etc.

As an experience of the victim, sexual violence is far more pervasive and diverse, than the law can foresee, perceive and define.

In other words, guilt beyond reasonable doubt. An objective act of sexual aggression beyond excuse or reproach. In recent times, many big persons were named in social media posts as having indulged in sexual harassment. However, we did not see punishment for any of them with the exception of Harvey Weinstein who got fired from his own company. Mr Weinstein remains perhaps the sole exception to the "no consequences for sexual predators through social media posts" rule.

As an experience of the victim, sexual violence is far more pervasive and diverse, than the law can foresee, perceive and define. This diversity stems from the inherently subjective nature of negotiating consent for a sexual relationship. To cite an example, western media content taught us that men go to bars to find single women. A man would then ask the woman out for a drink or a cup of coffee and if successful, commences on the process of dating. However, despite my best intentions, a similar attempt to "ask out" a woman in India may very well constitute sexual aggression, considering the diversity of cultural contexts in gender relations.

The defence of the man to such an accusation would be, "I asked her out. She could have said no and I would have backed out". I have asked out women, I have been rejected and I have backed out. But does that then mean that asking out the woman itself is sexual aggression? I have avoided committing the criminal offence of "sexual harassment" because on being made aware of the woman’s lack of interest and lack of consent to the continued conversation, I backed out.

But the fact remains that any girl who felt intimidated by the actions of a stranger wanting to have a conversation over a cup of coffee has still experienced sexual aggression even if in the eyes of society or law or the man- it is not such an act. This insensitivity to the experience of women lies at the heart of the "metoo" campaign. For too long, formal rules of procedure, inherent challenges of evidence and inexcusable conviction rates, have eroded the trust of women in the legal concepts around sexual aggression and the justice system’s ability to help them address sexual aggression.

But my experience of assisting the prosecution of sexual assault cases or training internal complaints committees to adjudicate complaints of sexual harassment has also opened my eyes to the inherent limitations of the law when it comes to addressing very diverse experience around sexual victimisation.

Our system of laws is guilty of not being nuanced enough to recognise the different versions of sexual aggression and address them with punishments that could range from a simple acknowledgement of your experience to life imprisonment, depending upon the nature of aggression.

So, to all the women out there, let me say this, simply because what you experienced may not lead to a conviction or doesn’t qualify as a crime, doesn’t undermine your experience nor does it mean that the wrongdoer was not the wrongdoer. It simply means our system of laws is guilty of not being nuanced enough to recognise the different versions of sexual aggression and address them with punishments that could range from a simple acknowledgement of your experience to life imprisonment, depending upon the nature of aggression. But it does mean that when your victimisation doesn’t fit into the several definitions of sexual aggression such as “rape” or “sexual harassment”, your remedy doesn’t exist in the law.

The authors of the list containing the academics’ names could argue that because conventional legal systems are likely to fail them on account of inherent evidentiary challenges, late reporting, and the shallow attempts of law to define diverse forms of sexual aggression, this was their only means of venting. But is naming a perpetrator of something that may not be a crime, simply to vent, justified?

The rule of law protects the bodily integrity and autonomy of every individual, man or woman, no doubt. But it also protects people, men and women, from having their reputations tarnished publicly through libel and slander laws.

But where does a legitimate cry for justice, stop being that, and becomes instead a feminist version of the Spanish Inquisition? The rule of law protects the bodily integrity and autonomy of every individual, man or woman, no doubt. But it also protects people, men and women, from having their reputations tarnished publicly through libel and slander laws. When does a social media post about sexual aggression stop being a complaint and becomes libel instead? And how can we balance the right to reputation with the right to justice for violation of bodily autonomy and integrity?

Social media trials operate on the premise that there is no need to balance the right to reputation with the right to justice for violation of bodily autonomy and integrity. It does away the need to determine not just the wrong, but the full extent of the wrong, so as to determine what is a proportional punishment. The prior discussion around the differences between the sociological/psychological understanding of sexual aggression and its legal understanding was to highlight the dangers of social media trials of sexual aggression cases.

How do we determine based on a single Facebook post the true extent of victimisation and sexual aggression? Because that determination is possible only through a nuanced inquiry which none of us can hope to initiate. That inquiry may either reveal a crime or sexual victimisation not constituting a crime. Based on that, we can judge.

However, without a complete and thorough understanding of the victimisation or sexual aggression involved, how do we determine, if the academics named on the list qualified for being defamed online? Social media trials often only satisfy voyeuristic curiosity, but seldom fail to bring about justice. We are all vulnerable to amnesia and even the most serious sexual predator out there knows that if he lies low long enough, we will convince ourselves that he doesn’t exist.

Justice is the product of a legal system and not just a lynch mob, no matter how just the mob’s cause may be.

So, how should the academics respond? Defamation suit could be tempting, but no woman deserves to be sued for making a complaint, no matter how unsustainable. Rather, the academics in the list, many of whom are feminists have a golden opportunity. Let them write to the jurisdictional Internal Complaints Committees asking for the complaints to be probed, impartially and dispassionately.

Such an initiative on their part would demonstrate that their claims of innocence are premised on confidence and not on our propensity for amnesia. It would also be a telling endorsement of the rule of law and provoke our legal system to action. And either way, there will be closure at the end of the inquiry. After all, justice is the product of a legal system and not just a lynch mob, no matter how just the mob’s cause may be.