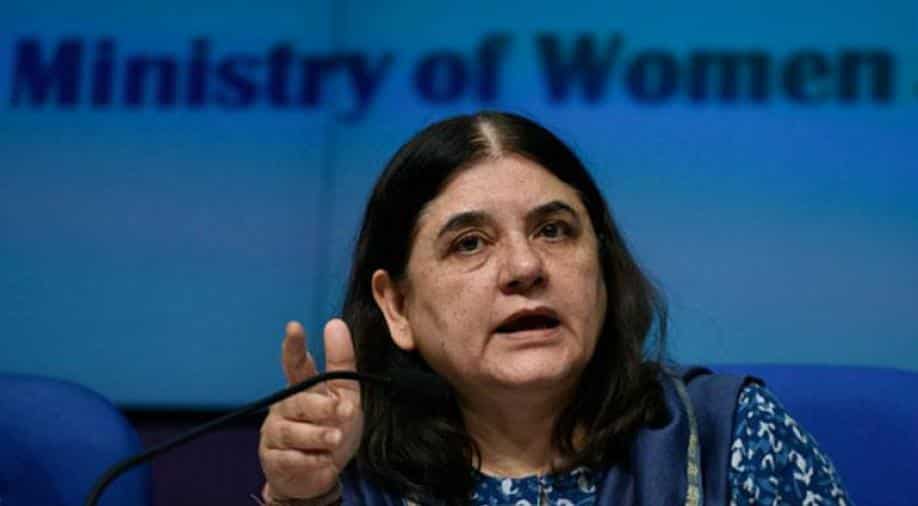 "I have asked NCW to probe expeditiously each and every complaint of sexual harassments of women at workplace," Gandhi told reporters Thursday

Women and Child Development Minister Maneka Gandhi has asked the National Commission for Women to probe expeditiously all complaints of sexual harassment received by them under #MeToo movement.

"I have asked NCW to probe expeditiously each and every complaint of sexual harassments of women at workplace," Gandhi told reporters Thursday.

Meanwhile, in the wake of many women coming forward with complaints of their sexual harassments at workplace under the #MeToo campaign, the NCW has created a dedicated email ID to receive their complaints.

"The Commission urges women, who have come forward on social media and other platforms about their alleged harassments, to send their formal written complaints to ncw.Metoo@gmail.Com, the NCW said in a statement.

The #MeToo movement in India began with actor Tanushree Dutta accusing veteran actor Nana Patekar of harassing her during shooting of a film in 2008, leading to more and women following her step and coming forward with their complaints against men at workplace, including the entertainment and media.

Journalist-turned-politician M J Akbar had to resign as the minister of state for external affairs on Wednesday following a spate of complaints of alleged sexual harassment by him to young women journalists during his tenure as editor of various media publications.

Akbar has denied the allegations and has dragged one of the complainants to the court with a criminal defamation case.

Other prominent personalities who have been accused of sexual misconduct include Subhash Ghai, Sajid Khan, Alok Nath, Suhel Seth and Jatin Das, all of whom have denied the allegations even as several women have spoken out against them.