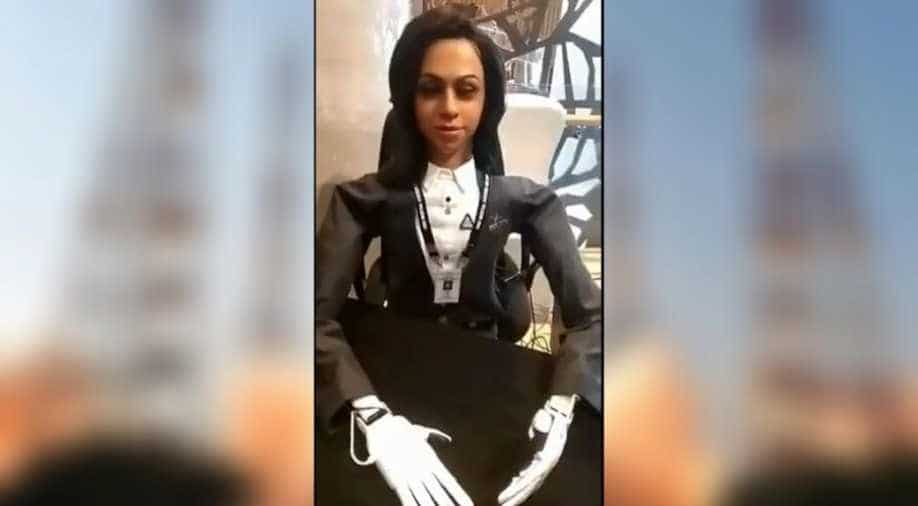 The space programme is to send human beings to space and will be called Gaganyaan. However, before India actually sends humans to venture out into space, the Indian Space Research Agency is sending out a humanoid robot by the end of this year.

ISRO’s first half-humanoid, Vyommitra has been developed to monitor pro-module parametres in the space capsule. She will be sent to unmanned space mission in December 2020.

As India gets set for its first manned mission in 2022, the Indian Space Research Organisation has a surprising new addition in its preceding test missions.

ISRO’s first half-humanoid, Vyommitra has been developed to monitor pro-module parametres in the space capsule. She will be sent to unmanned space mission in December 2020 on Gaganyaan.

First half humanoid that will be a part of @isro Gaganyaan unmanned mission. Humanoid will take off into space this December 2020 pic.twitter.com/BLHFNZNv3S

Addressing the inaugural session of a symposium in Bengaluru, ISRO chief KD Sivan said, "We are doing all this (Gaganyaan) on three points - short term plan of two unmanned mission in December 2020 and June 2021, followed by human space flight demonstration in December 2021."

"We have the midterm goal of sustaining the human space programme and continuous space human presence in space on a new space station," Sivan added.

Vyommitra can alert the ground station and perform live support operations too. As good as a crew member, the female humanoid can perform switch panel operations, recognise and converse with astronauts and also respond to their queries.

The humanoid will be sent onboard the space capsule even as four astronauts undergo training in Russia for India’s maiden manned mission. While all the chosen astronauts are men, Vyommitra might be ISRO’s attempt to bring in some gender diversity.

On Gaganyaan mission, Sivan said the space agency has already developed and demonstrated key technologies such as having an operational launcher with a 10-tonne payload capability to lower orbit, demonstration of mission design and management, and recovery system like space-qualified parachutes.