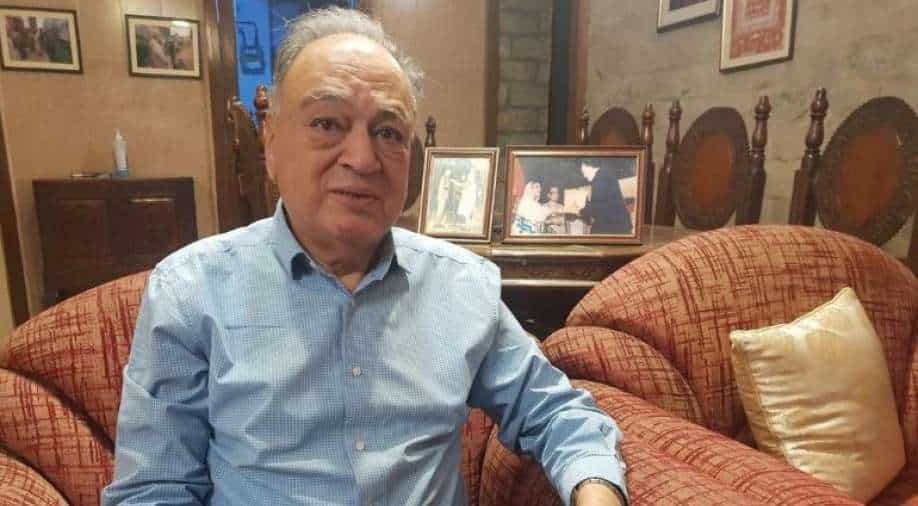 During a daring rescue from the clutches of the Pakistani Army, Tara saved the life of Bangladesh's Sheikh Hasina and her newborn child. Read the full interview

Indian Army's Col Ashok Tara was just 29 years old in 1971, when he went along with two soldiers to save the life of the family of Bangladesh's father of the nation Sheikh Mujibur Rahman. During a daring rescue from the clutches of the Pakistani Army, Tara saved the life of Sheikh Hasina and her newborn child. Hasina is the current PM of Bangladesh.

"My message to the people of Bangladesh is, that Indians and Bangladeshi are brothers....We must live together as a family," said Col Ashok Tara to WION's @sidhant @PriyankaSh25 pic.twitter.com/S81oNOyyd1

50 years later, speaking to our Principal Diplomatic Correspondent Sidhant Sibal, he opened up on the events of that day in December of 1971 in the midst of Bangladesh's liberation war. Recalling his meeting with Mujibur Rahman, the Vir Chakra awardee said, "Can see the pain and how to heal the wounds of the people and get their dignity, pride, culture, language and get back the economy of the country." He saved the family from a place called Dhanmondi in Dhaka. This is the place Indian PM Modi is expected to visit during his upcoming Bangladesh trip as the country celebrates 50 years of independence. Tara said, " My message to the people of Bangladesh is that Indians and Bangladeshi are brothers....We must live together as a family."

Sheikh Hasina had lauded his role, during the December 2020 virtual summit with Modi, saying, "Col Ashok Tara, who was a major at that time, on the morning of December 17, he freed us from the hands of the Pakistani forces....I express my gratitude to the colonel, to the people of India, to the Muktibahini".

WION: Could you give us the details of the incident when you saved the family of Bangladesh's father of the nation, including Sheikh Hasina, the present PM of Bangladesh?

Col. (Retd) Ashok Tara: In the 1971 war, she was rescued in a very sensitive situation because the Pakistanis were guarding the house, and they were firing at anyone who was trying to reach the house. When I reached near the house, I was stopped and pointed at a dead body of a media person. I had only two men and no question of attacking the house because it had people inside and their lives could be in danger.

I decided to face the Pakistanis with my guts and wits. I left my weapon with my two jawans and told them to stay behind. I, alone without a weapon moved towards the house. I reached near the house and asked if there was anyone. They told me in Punjabi, and being a Punjabi I can understand the language. They told me to stop or otherwise, they will fire. I told them, in uniform an army officer has come to tell you that a Pakistani Army has surrounded. They did not believe it and in response, they abused me with nasty language, but I kept quiet as I knew what my task is, what is my aim.

During that time, I was just at the gate, the bayonet of the rifle was touching the right side of my body. While I was talking, Mrs Sheikh Mujibur Rahman shouted, boldly said, that they are brutes, they can do anything. While we were talking, I had same apprehensions. I told them there was no communication, as the telephone line has been cut off. I told them if you delay, the Mukti Bahini will come, Indian Amry will come and kill you.

Your family, which is waiting in Pakistan, will not able to meet you and what will happen to your body, you can't imagine. Somehow, these kinds of talks continued for 25 minutes, during which the commander of the Pakistani force ordered to load the guns. He even fired on the people of other houses.

I stood, I told them that this fear will not impact me, because it will damage you more than me. You are 12 people, you all will be killed and never reach your home. If you surrender, I as an Indian Army officer, promise you, that I will take you to your headquarter so that you could reach to your home in Pakistan. Somehow, they agreed and surrendered.

I then opened the door of the house, and the first lady who came out was Mrs Shiek Mujibur Rehman. She embraced me and said you are my son and God has sent you to save us. During that time, Mr Kokha, the cousin of Sheikh Mujibur Rahman and freedom fighter, handed over me the Bangladeshi flag, the national flag of Bangladesh, and [asked me] to go up and host this flag and throw the Pakistani flag on the ground.

I went up, hoisted the flag and threw the Pakistani flag on the ground. Mrs Sheikh Mujibur Rahman, like a tigress, she roared and put her foot on the Pakistan flag and said, "Joy Bangla". Other people also joined. Those who surrendered, I sent them. The Pakistani commander told media personnel that his person is Bekhauf or fearless person. After that, I was told to look after the security of the family. Somehow, Sheikh Mujibur Rahman got to know his family has been rescued by me, he wanted to see me. After few days my battalion moved towards Mizoram while I was told to stay behind.

After a few days, Mrs Sheikh Mujibur Rahman gave me a gift for saving them. On 10th January 1972, Sheikh Mujibur Rahman came to Dhaka, and on 12th he invited me to his house. We had breakfast, and during the talks, I could see the pain... [wondering] how to heal the wounds of the people and get their dignity, pride, culture, language and get back the economy of the country. He was thankful to India. On 23rd January, I was again invited by Mujibur Rahman and his family because they wanted to see me off.

At that time, the present PM of Bangladesh gave a photo of her three-month-old son and wrote on the back, "Joy Bangla". I came to Delhi, and I got two letters from the younger sister of Sheikh Hasina.

In 2012, I was invited to Bangladesh to be bestowed with an award by Present PM Sheikh Hasina. The award was a friend of Liberation war Honour. It was given on 20 October 2012. There has been some correspondence, the High Commission in Delhi always invites me for ceremonies.

WION: What is your message to the people of Bangladesh as they celebrate the 50th anniversary of independence?

Col. (Retd) Ashok Tara: My message to the people of Bangladesh is, that Indians and Bangladeshi are brothers. They have the same culture, same dignity. We must respect each other and help each other, economically, socially and [in] whatever [way] possible. We must live together as a family.

WION: Are there plans of a monument for Indian soldiers in Bangladesh?