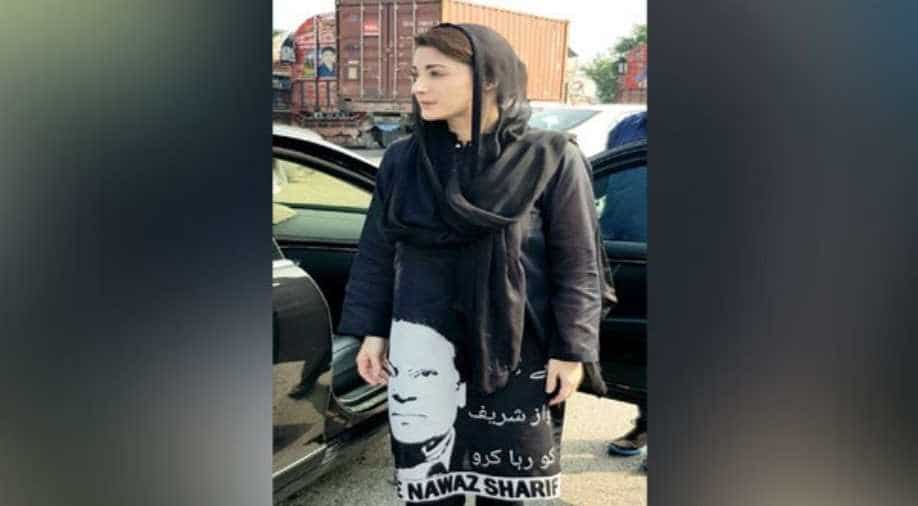 Recently, she was spotted wearing a black kurta with a monochrome picture of her father along with a message 'Free Nawaz Sharif'.

It seems Maryam Nawaz has found an unusual way to put forward her demand for the release of her father Nawaz Sharif from jail.

Recently, she was spotted wearing a black kurta with a monochrome picture of her father along with a message 'Free Nawaz Sharif'. She completed her look with black footwear.

This unusual way may be new for some but Maryam from many months has been consistent in her effort to highlight the issue of her father.

The 69-year-old former Prime Minister Nawaz is currently serving his term at the Kot Lakhpat Jail in Lahore.

"Insha' Allah I shall be leading protest rallies across Pak that will not only ask for justice for Nawaz Sharif but demand rule of law, freedom of expression, end to the manipulation of the entire system to punish public representatives, stealing people's mandate, the imposition of SELECTED," she had tweeted.

She further called on all Pakistanis who wish to live in a "free, democratic and just Pakistan" to join.

This comes after the PML-N Vice President released "proof" which purportedly showed that the there was a lack of evidence in convicting Nawaz in the Al Azizia Steel Mills case, due to which the former PM is currently serving a seven-year jail sentence in Lahore's Kot Lakhpat Jail.

The video caused a furore in Pakistan as it showed accountability judge Arshad Malik -- who convicted Nawaz -- making the alleged revelation.

The video has since been dismissed by all quarters, including Malik himself, who labelled the video to be fake.

He also claimed that Maryam had tried to bribe him during the former premier's trial.

Representatives of the Imran Khan-led PTI government had previously said that an investigation would be launched to gauge the authenticity of the tape.